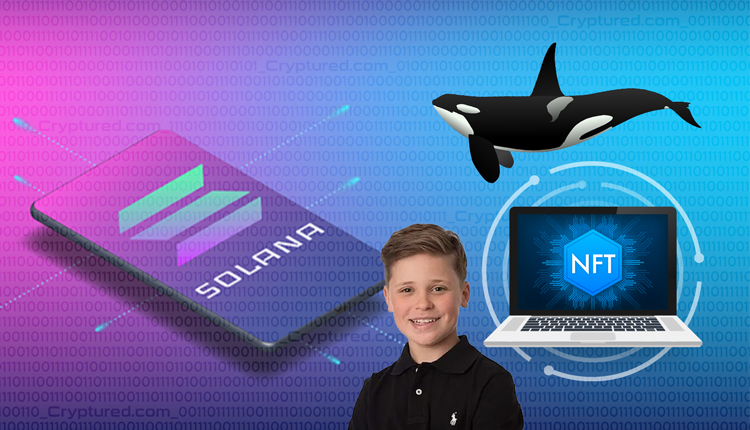 In another event of unexpected wealth generation through NFT, a teenager raised $100K for beluga whale conservation. A 14-year-old girl named Abigail has accomplished this extraordinary feat. She created 8000 cartoon beluga whale NFTs and sold them on the Solana platform. She drew all the cartoons by hand and has plans to donate a significant portion of the profits for beluga whale conservation and the construction of hospitals. Abigail got assistance from her brother, 25-year-old Adam. It is, in fact, her brother who introduced her to cryptocurrency. Adam has been heavily engaged in crypto spaces since 2016.

As Adam says, they had no plan to get so big in the NFT marketplace. The initiative was taken as a fun activity, and the siblings were curious about the technology more than anything else. However, they burst out into the scene in a very short time. When the project was launched on 17th October, all 8000 NFTs were minted within ten hours. The sibling duo earned a staggering $1 million in SOL.

Abigail will earn 5% from all future Beluga sales. Beluga whales are on the verge of extinction, and Abigail hopes her efforts can contribute to maintaining their species.

The incident points out once again how lucrative the NFT marketplace can get. Many people also found this gesture from Abigail to be very heartwarming. Wile Abigail does not have immediate plans to make more NFTs, we can expect her to come back to the field later. She also donated $100,000 to Sunshine Kids, an organization for children’s health.

Bloomberg strategist: Money managers with no crypto exposure risk being left behind