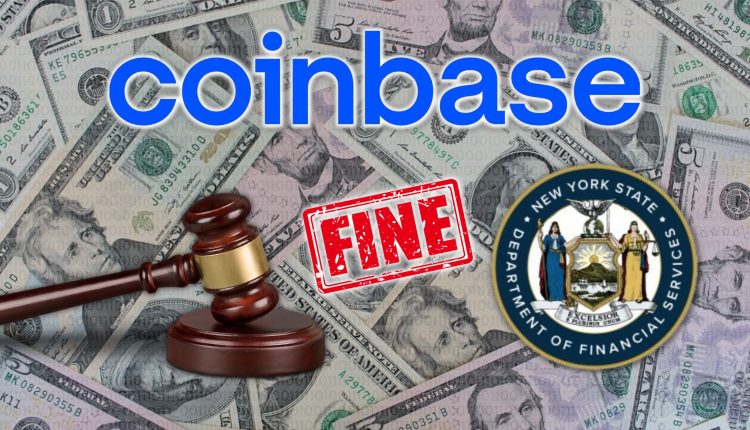 Coinbase is set to pay a $50 million fine and another $50 million in compliance efforts to settle a case with New York’s state financial regulator. The crypto exchange, as per regulators from the New York Department of Financial Services, had longstanding failures in its anti-money laundering program.

It should be noted that Coinbase is the only publicly traded cryptocurrency exchange in the US. The company had highlighted the regulatory probe in its 2021 10-K filing with the Securities and Exchange Commission. The settlement comes after state and federal regulators revamped efforts following the collapse of FTX in November.

Paul Grewal, Coinbase’s Chief Legal Officer, in a statement said the agreement includes a $50 million penalty and a separate commitment from Coinbase to invest $50 million in its compliance program over two years. Regulators said Coinbase’s compliance shortcomings led to suspicious or unlawful conduct being facilitated through the crypto exchange’s platform. It highlighted a case where a Coinbase customer who was charged with crimes related to child sexual abuse was not flagged by Coinbase’s system when the user joined the exchange. The regulators outlined that the user engaged in suspicious transactions potentially associated with illicit activity without detection.

Eventually, Coinbase identified the user and closed his account and reported the activity to law enforcement. The platform reinstated its commitment to rectifying the issues identified by regulators. And its leadership  has been pushing for broader and clearer regulations for the crypto space.

US Regulators Warn Banks About Cryptocurrencies.