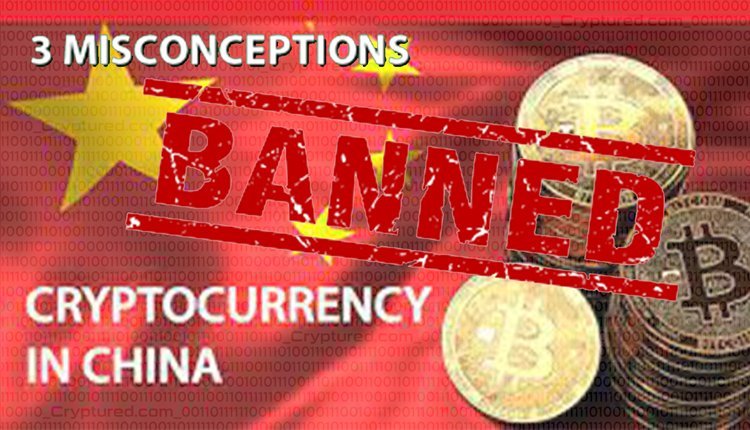 A lot of news has been floating around ever since China made crypto trading and crypto mining illegal within the borders. There has been speculation about the impact of this move on the cryptocurrency industry at large. This has led to certain misconceptions about the crypto ban. Following is an attempt to break down some of them.

1. “China’s ban can potentially destroy the crypto markets at large”

The mainstream media has the perception that the ban on crypto mining and trading could potentially destroy the global crypto markets, prompted by the immediate exit of Chinese investors. This is because the trading value of Ethereum, Bitcoin, and many other digital currencies fell down quite suddenly after the ban was announced. Some of the currencies plunged almost 9% in a 4 hour period. However, the prices have recovered since then, which indicates that the crypto market is resilient against such shocks.

2. “China’s move to ban crypto was prompted because it does not wants to allow freedom”

It is quite true that cryptocurrencies pose a threat to the goals and authority of the Chinese Communist Party as far as capital control is concerned. However, the move to ban the market was prompted by the risk of financial experimentation in China. Crypto is not the only threat to China, as the government has cracked down on many investment firms, fintech companies, and even the traditional banking sector. This is not necessarily a “crypto crackdown”, but an attempt to put an end to the leverage risk. Crypto is just a small part of this financial system.

3. “There will be no impact of China’s ban on crypto.”

While the majority of the tokens have recovered from the crypto ban, it does not mean that there has been no downside to this. There have been some very real medium-term impacts as many experts observe that the over-the-counter (OTC) trading could soon come to an end. As many Chinese traders and investors left the market, crypto continued to grow everywhere else. However, there is still a large volume of investments to offset

Analysts have become bearish on Ether since the weekly chart has turned bearish.