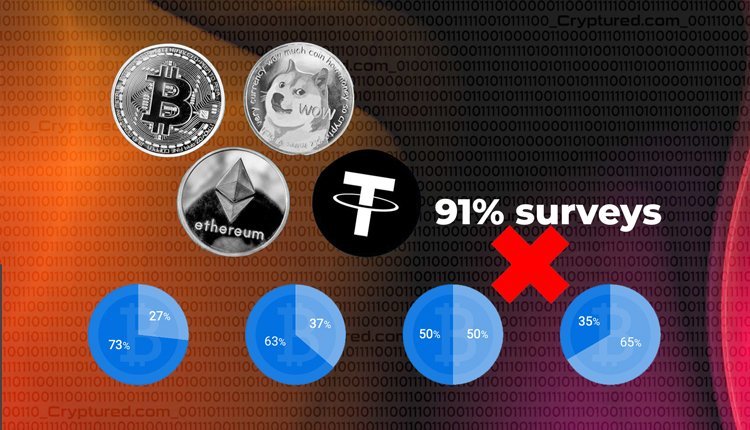 Online surveys about cryptocurrency use and adoption abound all over the internet. However, not all of these surveys are credible or done with proper sampling. The issue came into focus with relation to a recent Finder survey in Australia, which calculated that for every 5 Aussies, 1 is a crypto investor. As soon as the survey results were revealed, it was cited in various news outlets, social media, and even made it to the Australian Senate. Nonetheless, many people objected to these exaggerated claims and said that it can’t be possible given the overall demographics of Australia.

An official from the Reserve Bank of Australia, Tony Richards, was the first one to point out the discrepancies in the survey. It is also not an isolated incident. Surveys about cryptocurrency are routinely rigged and most use very poor sampling methods. For instance, the requirement to complete an online survey would need access to the internet and understanding what the survey is about. Those two parameters alone make a lot of difference in what the results will be. On top of that, another factor with a heavy influence on these surveys is the bias of the interviewed people.

As many experts have pointed out, only people with an idea of what cryptocurrency is will take part in such surveys. Their inherent bias will inevitably play a role in the survey, both for and against. Keeping all factors in mind, it would be best to not take online surveys at face value and delve deeper.