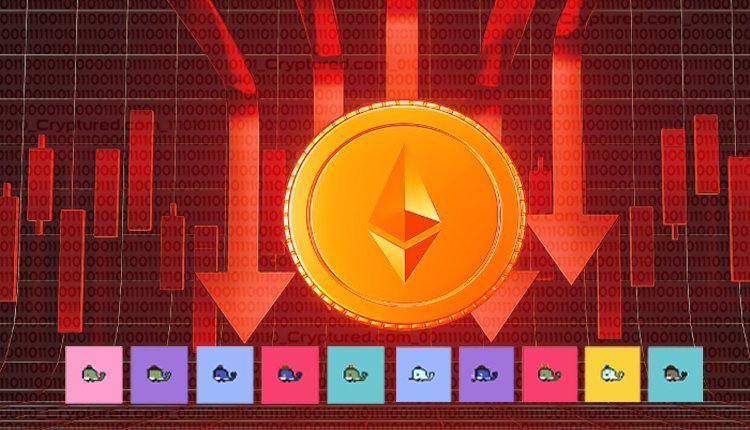 As an outcome of a “joke” bid on one of his own Ethereum Name Service (ENS) domains, a well-known NFT collector lost ETH 100. The collector of non-fungible tokens suffered a huge loss of $148,665. What a heavy price to pay for a joke!

An interesting turn of events

The popular NFT collector who holds numerous Bored Ape Yacht Club NFTs, goes by the pseudonym Franklin. On July 18, Franklin minted the ENS named “stop-doing-fake-bids-its-honestly-lame-my-guy.eth”. He put this up for sale via his secondary Ethereum wallet. However, he had also placed a joke bid of ETH 100 from his main wallet.

After selling the ENS domain to someone for ETH 1.9 ($2825), he took to Twitter to celebrate his huge profit margin. He had forgotten about the joke bid. However, the joy was short-lived because while he was celebrating, the buyer of the ENS domain accepted Franklin’s 100 ETH bid. He sold back the domain for 100 ETH.

Many were of the opinion that Franklin got “botted” and this entire exchange was a big mishap. However, Franklin remarked that he had plenty of time to cancel his bid after selling the ENS domain. Instead, he was busy celebrating his win on Twitter when the intelligent buyer trapped him through his own bid.

Another NFT mogul, DCinvestor remarked that there is only one lesson to be learned from this costly mistake – one should never place joke bids on stuff.