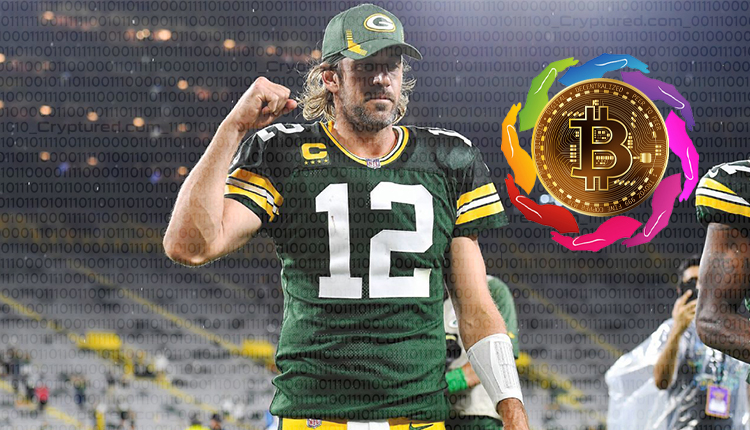 One more celebrity is now a vocal supporter of cryptocurrency and bitcoin. The newest entrant to the growing list of public figures voicing a strong positive opinion about crypto is none other than NFL star Aaron Rodgers. The Greenbay Packers quarterback and three-time Most Valuable Player is taking it a step higher with the decision to receive part of his salary in bitcoin. His initiative is getting backing from Square’s Cash App, which will facilitate this transaction. However, it has to be kept in mind that Rodgers is not the first NFL star to publicly laud cryptocurrency. In July this year, Saquon Barkley, a New York Giants running back, announced that all his earnings from brand endorsements would come in bitcoin. Many more NFL stars are receiving parts of their payments in bitcoin.

$134 million is Roger’s contract value, which he signed with the Greenbay Packers back in 2018. He said that he would be giving away $1 Million to fans who drop their cashtag and follow the Cash App.

Aaron Rodgers’ association with cryptocurrency is not new. But it shed light on the fact that public figures are increasingly getting involved in crypto. As Matt Damon stars in an ad campaign for a cryptocurrency company, more and more celebs are set to follow suit. As the scenario stands now, cryptocurrency is entering the sports sector with crucial partnerships. Some of the top events partnering with one of the many crypto firms are the UFC, ICC, NBA, different soccer leagues, and more.

Keeping your crypto safe – How to do it