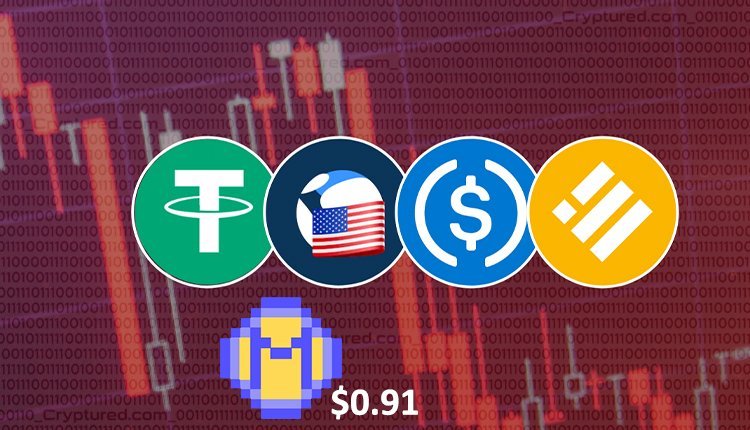 It looks like stablecoins are not stable anymore. Also, the digital currency market seems to be in a big mess. BTC slid below the $20k mark while the markets consolidated even further.

However, Abracadabra’s stablecoin lost its dollar peg. It is called MIM or Magic Internet Money and dropped to 0.91 USD briefly before recovering. The key concern is why most stablecoins are not able to cope with the stress of the bear market.

MIM recovers after dropping to 0.91 USD after losing One USD parity

Last month, the world saw an algorithmic stablecoin known as UST or terrausd from its parity of 1 USD. It slid below an American penny in value. The fact is that the failure of UST rubbed out the complete Terra blockchain token ecosystem until they were almost worthless.

Bitcoin.com News recently reported on USDD and the way it dipped to as low as 0.95 USD per unit. Although the funds are being added, USDD plunged to a low figure of $0.948 per unit on June 18. At present, the crypto token has been exchanging hands for 0.964 USD.

The same day saw MIM, the stable coin issued by Abracadabra, slipping below the $1 parity of the asset. It dropped to a low figure of 0.914 USD per unit. Users use Abracadabra. money, a protocol to create Magic Internet Money by adding collateral. As of date, there is 197,674,194 Magic International Money in circulation.

It is no news now that the crypto markets are bearish. Moreover, the protocol highlighted that several false Twitter threads were discussing MIM, creating greater volatility.

Elon Musk, CEO of Tesla, confirms that he would continue to buy and support Dogecoin.

From games to piggy banks, we’re educating the next generation of Bitcoin ‘minors’.