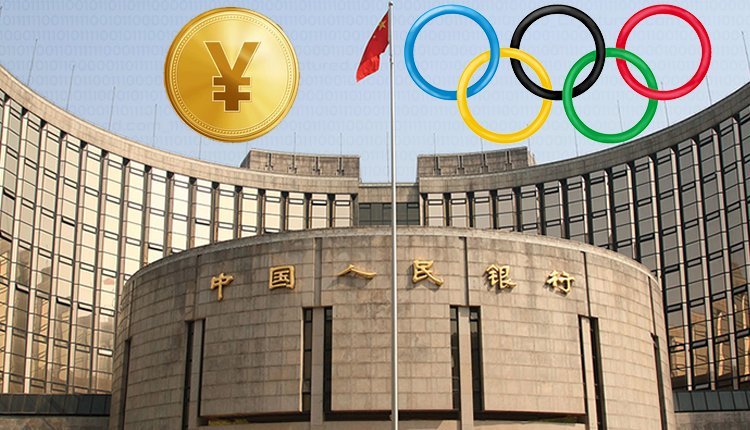 According to the PBoC, the amount of digital yuan used at the Olympics is as follows.

Besides winter sports, there will be something else also to follow at the winter Olympics in China this year.

The PBoC reports that it expects that the participants, officials and visitors will be using more than $300,000 of digital yuan daily during the games. The e-CNY is the CBDC’s digital currency. This is being used to make the reported $300,000 digital currency payments. The PBoC has been promoting the use of the digital Yuan aggressively for the winter Olympics.

Bank officials added, that they do not yet have a split of the total payments made by Chinese nationals and those by visitors. The officials said that they believe that a majority of the visitors use hardware wallets. Hardware wallets are e-CNY cards. These cards look like credit cards but do not have the chip or the magnetic strip.

As opposed to this, the officials observed that the domestic visitors to the games used digital wallets. The figure of $300,000 is a sizeable addition to the CBDC transactions. The Chinese CBDC was launched in Apr 2020. By Nov 2021 the total volume of transaction of digital Yuan had reached $13 billion.

The Bank of China has set up several ATMs at the site of the games for the visitors to change their currency for e-CNY or regular Yuan.

However, the issue of the digital Yuan has triggered concerns overseas and especially so in the USA. Many in the world see in the issue threats to cyber security and privacy of individual users. They feel that the CBDC could use this opportunity to gain access to user data. But they agreed that this was a great step towards democratizing payment systems.

Quite paradoxically, in opposition to the CBDC’s digital currency initiative the Chinese government has banned transactions using cryptocurrency. This has caused several million dollars worth of mining equipment to be stuck in China. Efforts to export this equipment to the USA have also failed thus far.