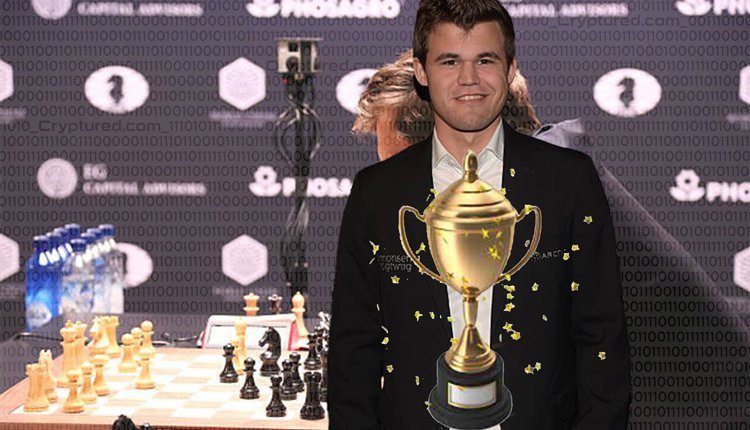 For the first time in the history of chess, Magnus Carlsen, the Norwegian Chess grandmaster, has been awarded an NFFT (Non-Fungible Token) trophy. He received the trophy after his win in Meltwater Champions Chess Tour (MCCT), an international chess tournament. There were a number of NFT collectibles and trophies that preserved the most defining moments of the game indefinitely.

Carlsen said that he appreciated the cryptocurrency ecosystem for supporting online chess tournaments. He also cited a recent partnership between FTX Crypto exchange and MCCT through which professional chess players were able to compete for the prize of 2.1825 Bitcoin (BTC) which is equivalent to $81,079.

MCCT was a 10-month long tournament that was played for 90 days starting from 22nd November 2020 and ended on 4th October 2021. The aim of this tournament was to find the strongest online rapid player in the world. The tournament got its name from Meltwater, the title partner for the 2021 Champion Chess Tour. Meltwater is a social analytics and media company based in California.

Two identical editions of the NFT trophy were minted on the ethereum blockchain. Carlsen signed the NFTs digitally after winning the competition. The second trophy was bought by a chess fan at 6.88 Ether (ETH) which is worth $24,700. Carlesn said that he would want to meet this ardent fan and play a game of chess with him in the next season of Champions Chess Tour. He also hopes that in the future, online chess competitions like Champ Chess will grow and evolve.