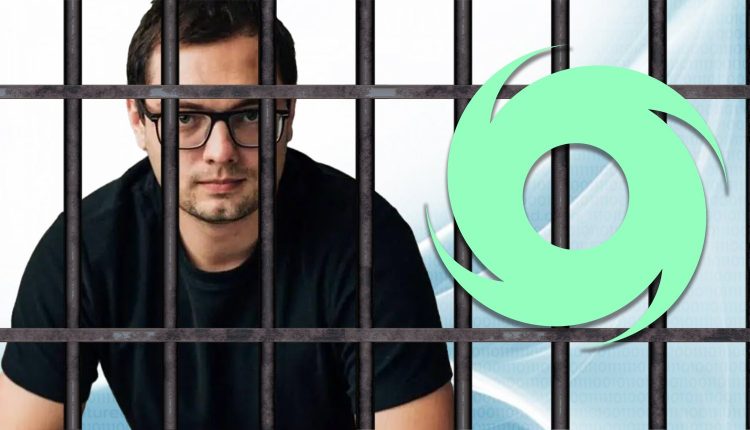 Alexey Pertsev, the Creator of Tornado Cash, Will be Behind Bars Until Late February.

A Dutch court determined that Alexey Perstev posed a flight risk and ordered him to remain behind bars until February 20. Since the U.S. Treasury utilized its sanction authority against the Tornado protocol in August, which it claimed was used to launder over a billion dollars’ worth of bitcoins and fund North Korean hackers, he has been kept in prison.

At the hearing, the Dutch public prosecutor first brought charges of money laundering. The prosecution had only released a news release about the case before, accusing Pertsev of creating the Tornado Cash code in order to facilitate the processing of illegal funds.

Tornado Cash was said to be a decentralized protocol that Pertsev had no control over, but the Dutch public prosecutor dismissed this claim, asserting that it was actually PepperSec, a firm for which Pertsev collaborated with other developers Roman Semenov and Roman Storm.

Keith Cheng, Pertsev’s attorney, expressed his disappointment with the verdict to CoinDesk outside the courthouse.

We can see that these judges are not as knowledgeable about the topic as they ought to be, Cheng said. It’s critical that the court recognizes that Tornado Cash is distinct from bitcoin mixers, which are currently the sole focus of criminal case law.

Widespread protests have been held in Amsterdam in response to Perstev’s arrest and detention, and Edward Snowden tweeted that Perstev’s treatment was similar to how executives at the now-defunct FTX cryptocurrency exchange were treated.

The prosecutor asserted that “If you peel everything back, what we have here is a really clear-cut money laundering case,” noting regulations that prohibit hiding the source and flow of funds. A mixing service like Tornado Cash performs precisely that for you. She compared the enormous amounts of money added to the protocol following the Ronin Bridge hack to a bank employee who blindly accepted a stack of 100 euro bills for deposit.

Tornado Cash aims to give users privacy and control over cryptocurrency transactions, according to Cheng. As needed by Dutch and European law, the prosecution had not persuadingly presented concrete facts connecting Pertsev to the accused crime, Cheng continued. Speaking through a Russian interpreter, Pertsev confirmed his personal information and made brief mention of the online petition and protests that had been staged in his support.