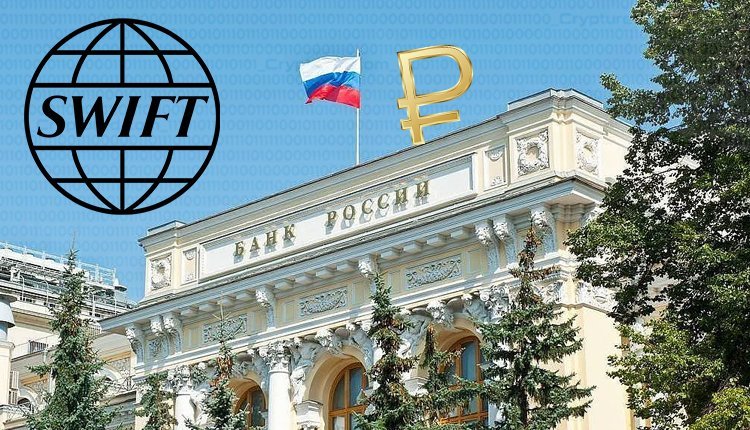 After European countries, the US and Canada made a joint decision to remove a list of specific Russian banks from the international messaging system SWIFT. Russia’s Central Bank will be next. If this happens, the country’s currency is going to basically be almost worthless.

These allies issued a statement together on Saturday, February 27th, 2022, on this issue. They said they were committed to making sure that Russia and its banks are not connected to the global system of financing to impair normal functioning. Besides this, the allies said that were committed to putting restrictive measures in place. These measures will effectively stop the Central Bank of Russia from using its money in ways which could undermine the imposed sanctions.

What else is likely?

One thing that will come of this sanction is that Russian citizens will be the most impacted. They will struggle to conduct business or exchange euros/dollars for items such as food and medicines as it is illegal. According to data mined by Bloomberg, Russia has ca. $640 billion in reserves with international banking houses. 16% of the central bank’s holdings are in dollars. 32% of holdings are in euros as of June 30, 2021.

Sanctions and a lack of access to SWIFT will result in an implosion of Russia’s financial and banking system, according to an economist. Russia will probably strop trying to trade and the rates of exchanve will be maintained at an artificial point like the old days, according to Russia’s Central Bank chairman, Aleksashenko. As of Sunday morning, February 27th, 2022, Kyiv is under Ukrainian control and Russia is making an effort to seize the capital.

If Russia is able to use crypto to circumvent sanctions, it will face regulatory risks.