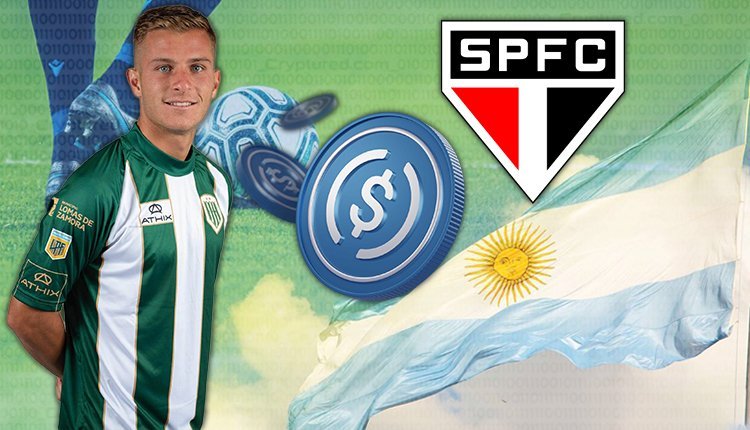 Giuliano Galoppo, a midfielder from Argentina’s Banfield Athletic Club was transferred to Sao Paulo Futebol Clube in USDC. It exceeded $6 million, up to $8 million depending on the volatile exchange rate of the Argentina peso.

Thales Freitas, Bitso’s director in Brazil, said the platform is proud to work with the two football clubs for the historical signing of Sao Paulo with the safety, transparency, and flexibility that the crypto economy has to offer. The transfer came about during a difficult economic situation for Argentinian sports clubs. It should be noted that the exchange gap between pesos and dollars keeps escalating. This affects the possibility of football players getting signed by international teams. As such, it induces them to renegotiate their contracts to adjust their salaries to the volatile dollar price.

Argentina’s unstable economy has led to a major adoption of cryptocurrencies, particularly stablecoins. The inclination toward stablecoins escalated after the resignation of the country’s economic minister earlier in July. Cryptocurrency is not new to the sports industry, especially to the football sector. It has been replicated in sports by players and clubs alike. But it may be the first time for clubs to actually accept cryptocurrencies in Argentina as a form of payment for international transfers. This is likely to regain a competitive advantage in the market for players.

France makes it tough for crypto businesses to advertise in sporting events.