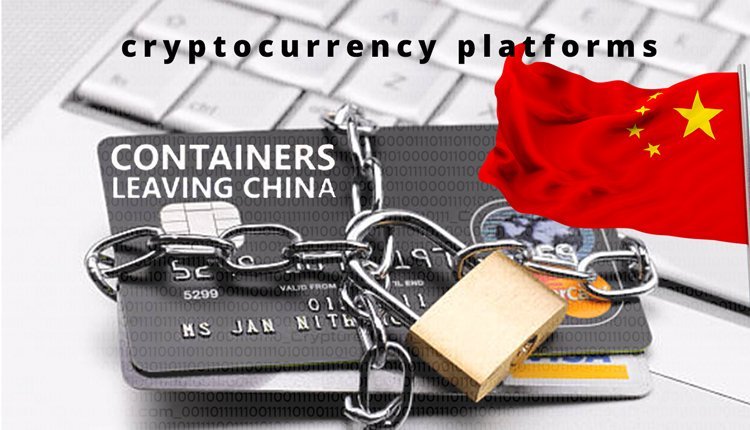 According to reports in the Chinese media, many crypto platforms are making their exit from China after the issuance of a circular regarding the ban on crypto trading. On 28 September 2021, it was reported that almost 18 platforms that were providing crypto-related services announced their exit. Besides these, many other crypto platforms were inaccessible.

The famous crypto exchange, BitMart, came out with a statement recently that it will clear out all the user accounts that have been registered in China by the end of November. They have undertaken this move to safeguard the assets of their users and to comply with the Chinese regulations. Besides this, Feixiaohao, which is a platform providing trading information, has also announced that it will stop providing all its services to China from 28 September. In addition to this, the cryptocurrency exchange platform, Biki, has also stopped accepting deposits from users. It is only allowing the users to withdraw so that it can close its operations in the country by the end of November.

Many other companies have stopped offering services to users in China. According to a monitoring site, the trading information provider TradingView has also been inaccessible in the country since 28 September. Two other sites, CoinMarketCap and CoinGecko, were also blocked early this week.

These exits have been prompted by the decision of the Chinese regulators to ban all crypto-related activities. A circular issued on 24 September clarified that it would investigate employees of overseas-based exchanges as well. The top financial regulators in China called for increased censorship on the providers of crypto information.

As the crypto market regains steam, altcoins are surging.

Know more about Binance coin: the 5th largest cryptocurrency in the world