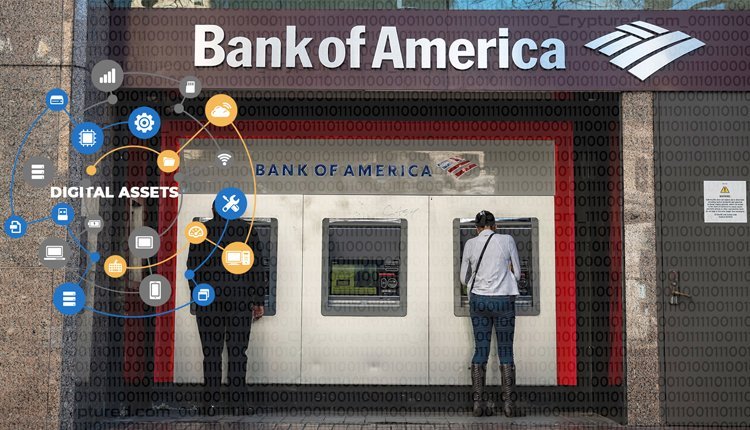 Bank of America has launched a study on digital assets that are “too big to ignore.”

As time goes on, crypto has been growing stronger than ever and has even managed to strong arm some of the biggest institutes in the world to take notice. With many financial regulators changing their stance on the currency, it was only time before Bank of America also had a say.

After forming a crypto group three months ago, they have also started investing in research of digital assets. This is in theme with the growing acceptance of crypto by the American financial regulators. Recently, even the SEC allowed Coinbase to launch their “Lend” feature in the country.

It allows users to lend their digital assets and accrue interest on them. This is a novel way of income generation for people who are already invested in the crypto and DeFi trade. In 2021 itself, the inflow in these currencies has been more than $17 billion, which is more than thrice of what it was in 2020.

Last year the inflow was $5.5 billion dollars which is 3 times less than what it is today. This inflow has led to many more altcoins gaining exponential growth rate as Bitcoin is still not accessible to most.

Bank Of America has been monitoring what is going on in this new trade and will observe for some time before they make their move. Experts say that this is a great move as Bank of America will get to know the value that DeFi brings to finance first hand. The transparent and fast transactions coupled with cutting-edge tech are the way of the future.

According to Chainalysis, India’s crypto market has grown by 641 percent in the last year.