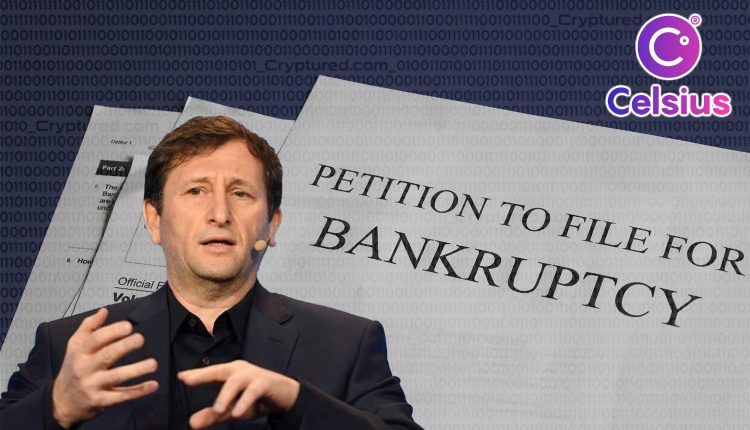 The already troubled Celsius suffered a huge blow with CEO Alex Maskinsky stepping down after it filed for Chapter 11 bank bankruptcy protection months ago. But he will continue to help the company provide creditors with the best outcome.

Maskinsky, in an official statement, said his continued role as CEO has become an increasing distraction and apologized for the difficult financial circumstances members of the community are facing. He highlighted that he worked tirelessly to help Celsius and its advisors put forward a viable plan for the company to return coins to creditors in the fairest and most efficient way.

Celsius, founded in 2017, became a popular crypto lending platform. It was named by FTX boss Sam Bankman-Fried as one of the top 50 unsecured creditors of Alameda Research. However, following the collapse of Terra/LUNA and Three Arrows Capital (3AC), the company filed for bankruptcy. Celsius, as of May, was one of the largest players in the crypto lending space with more than $8 billion in loans to clients and almost $12 billion in assets under management. It is said that the company would lend customers’ crypto out to counterparties willing to pay sky-high interest rates to borrow, Celsius would then split some of that revenue with the users. The company also lent out tokens to mostly institutional investors and made profits from the difference.

The 2022 crypto liquidity crunch proved to be too much for the company, resulting in the suspension of withdrawals in June. Celsius’ business model came under heavy scrutiny.