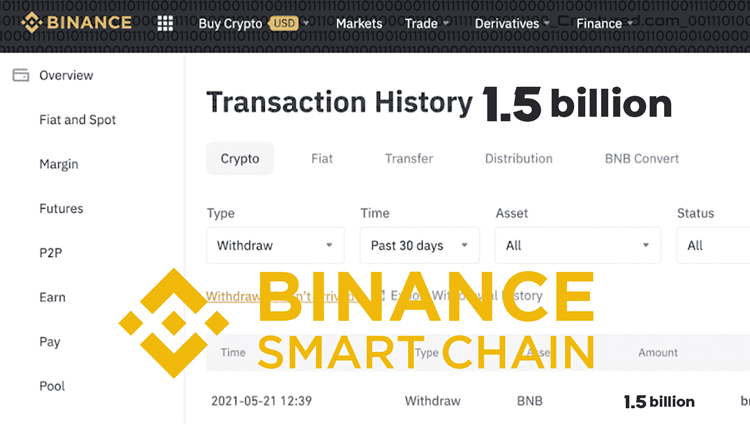 Binance Smart Chain has surpassed 1.5 billion transactions in its history

BSC is proved to be a smart and low cost platform for cryptocurrency users and the active wallet users are surging exponentially. BSC is compatible with the Ethereum Virtual Machines.

Ethereum is a well established blockchain which is founded on the concept of decentralization. BSC was launched in September 2020. It is already a serious threat to Ethereum due to low fees for which it attracts more users and projects. Ethereum hosts over 2800 decentralized applications. BSC hosts 800 such applications within the first year of operation.

Binance has invested heavily to make BSC extremely competitive. BSC has established superiority over Ethereum in terms of lower cost of transaction and higher speed of transaction. Ethereum is decentralized as compared to BSC which is a significant advantage for Ethereum. BSC has just 21 validators. But Ethereum has over 11000 validators.

Binance has announced that transactions on BSC have crossed over 1.5 billion. This is achieved within a span of 14 months. BSC also hit a milestone of 13 million daily transactions during this summer.