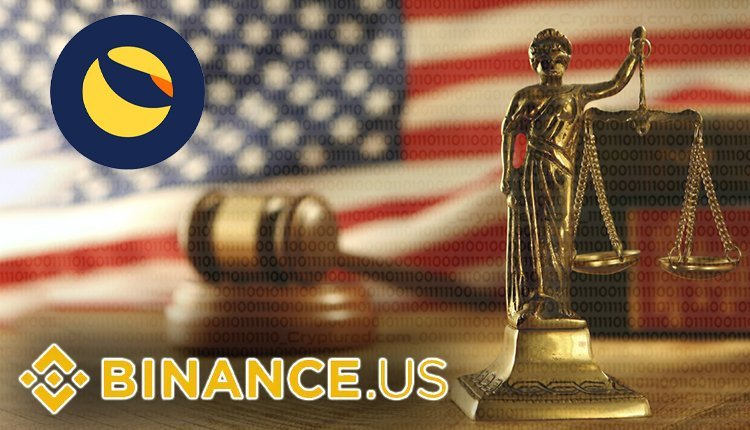 Binance US sued for selling UST and LUNA.

Binance.US, a crypto exchange, has found itself on the legal web for selling UST and LUNA. The crypto exchange is being sued for allegedly misleading consumers about the safety of Terra’s stablecoin UST and token LUNA. The lawsuit states that Binance violated the federal law as UST and LUNA are securities and should have been registered with the Securities and Exchange Commission (SEC).

Moreover, Binance has been alleged of operating as an unregistered securities exchange. This class action lawsuit is seen as the first major attempt to utilize the American court system to rectify the damage caused by the astounding collapse of Terra ecosystem’s stablecoin and native token last month.

Plaintiffs highlighted Binance’s advertisements, in the months preceding UST’s crash, which marketed the algorithmic stablecoin as safe and fiat-backed. The plaintiff’s attorneys, in the lawsuit, said that these are demonstrably false. As an algorithmic stablecoin, UST solely relied on an algorithmic relationship with LUNA for stability. In fact, it was created to allow the exchange of 1 UST for 1 LUNA should UST shift from its peg to the value of the US dollar. This was intended to incentivize speculators to the value gap, if any, between UST and the dollar. However, it worked until last month when the stablecoin suddenly depegged. Both the digital coins crashed uncontrollably, wiping out billions of dollars and thousands of investors.

The lawsuit outlined that Binance’s failure to disclose UST and LUNA’s risks to potential investors was not incidental. The plaintiffs alleged that it was intentional and fundamental to the crypto exchange’s long-term strategy. It further stated that the platform’s US business model is premised on illegally enabling the sales of unregistered securities to as many investors as possible, and as often as possible.

Word is that the legal firm representing the plaintiffs in the Binance lawsuit is the New York-based Roche Freedman and Dontzin Nagy & Fleissig. One of the attorneys representing the plaintiffs, Tibor Nagy says centralized exchanges like Binance and Coinbase play a significant role in spreading the damage of Terra’s demise to average consumers. He argued that thousands of retail investors lost huge portions of their life savings due to centralized exchanges choosing to profit from sales of unregistered securities like UST.

Binance has not commented on this lawsuit yet.lun