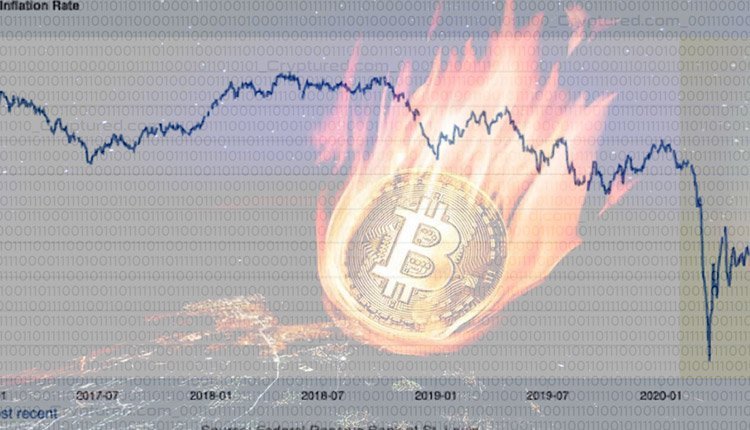 Bitcoin continues to heat up despite cold inflation forecasts

According to a new Bank of America study, a huge number of people talked about a decrease in spending capability over conference calls. Citations per company are increasing more than a threefold year over year. This has been the highest increase since 2004. In other words, Wall Street has ultimately extended its reach and taken into consideration Bitcoiners’ strident warnings.

The consumer price index increased 0.5 percent month over month in July, compared to 0.9 percent in June, according to the Labor Department. The price increased by 5.4 percent over the previous year.

Bitcoin’s price soared to $46,502 on Wednesday. It happened despite lower inflation figures in July and the Senate’s sanction of a $1 trillion infrastructure measure that might put certain taxes and limitations on the cryptocurrency industry. With individual investors coming back to the market, it’s at its peak point since mid-May. Crypto traders may be wagering that the increased spending would lead to inflation, strengthening bitcoin’s appeal as a hedge against the American dollar depreciation. In the aftermath of the Covid-19 outbreak, the Federal Reserve printed billions of dollars to help absorb the excess U.S. Treasury borrowing. As of early 2020, the central bank’s Treasury bond holdings have grown by approximately $3 trillion, reaching $5.3 trillion as of last updates.

According to the Congressional Budget Office, the bipartisan infrastructure measure may add $256 billion to projected deficits in the next decade. At the current rate, that equates to the next four months of Fed Treasury buying. There’s a burgeoning sense now that U.S. investments might soon reach a point of no return.

Metromile cashes in 10% of budget for $1M Bitcoin