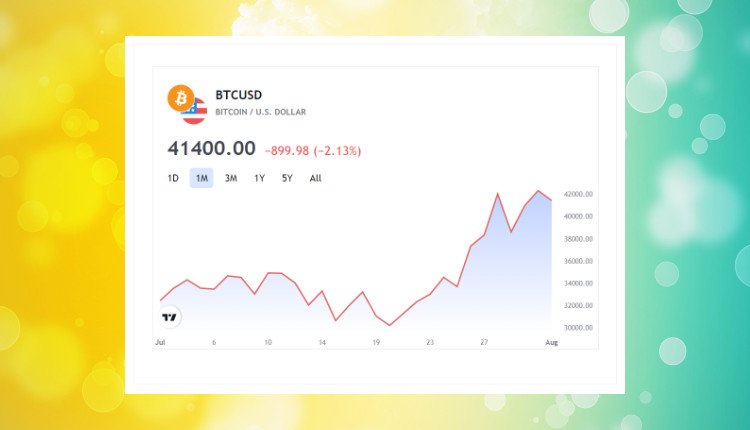 Bitcoin finally hit a ten-day winning streak tapping the ceiling at $42,400 on the 31st of July. The cryptocurrency hit its highest level since May and rose approximately by 15%. This spike was expected due to the fake rumor about Amazon planning to accept bitcoin as payment and hence the graphs had already been signaling this upward trend. A few other reasons might be the new Chinese ban on mining, the grayscale trust’s record unlocking & bitcoin’s taproot upgrade (which will activate in November). But given the currencies’ volatile history, the increase does not guarantee any long-term trend.

The price retreated again a bit later when Amazon denied City A.M’s report but confirmed it is looking into the possibilities of the digital currency world.

The graphs from TradingView have displayed BTC/USD gaining for the tenth day in a row. The last time the currency underwent ten green candles in a row was in 2012. Even the sight of eight or nine green candles in a row has become rare. However, remember that since a small price drop does not influence your decision to buy a ton more crypto, the sudden price increase must not affect your long-term investments either.

Bitcoin’s Resurgence To A Three-Month High Has Bulls Aiming For $50,000 Once More