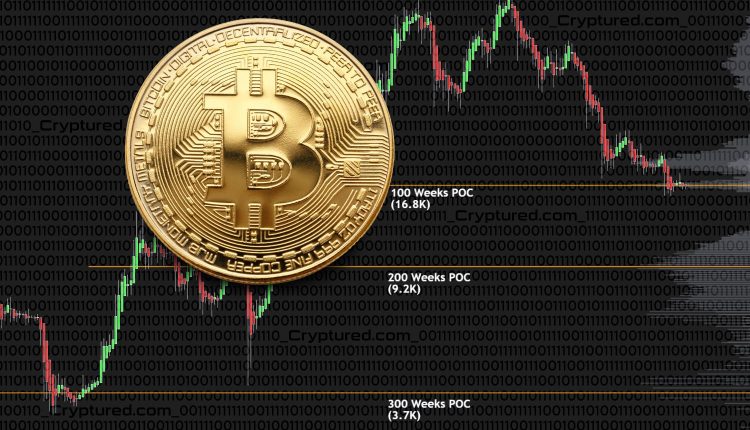 Data suggests that the popular cryptocurrency Bitcoin could be forming support in its current tight trading range. The $16,800 mark is becoming an increasingly important support zone.

Analysts believe that BTC’s lack of volatility means a breakout could occur soon. But it remains in the increasingly narrow trading range. On-chain analysis shows that Bitcoin may not have further to fall in the current phase of the bear market. Trend Rider, a crypto analyst, sees the $16,800 mark as the current 100-week point of control. This level has generated the largest volume in the specific period. He believes the longer the period and higher the volume, it will be good for the notional PoC support or resistance level.

Trend Rider said on the last 100 weeks this is the level where most volume has been traded which is creating a potential bottom formation. It’s likely that Bitcoin could avoid the worst doomsday predictions of recent months, including a plunge to $10,000 or even lower. According to Material Indicators, the strongest nearby support and resistance levels were at $16,000 and $17,000. There is increasing interest from the largest bracket of Bitcoin whales between $16,000 and $17,000. The monitoring resource said brown mega whales like this range for Bitcoin.

Wash Trading Will Be Next Crypto Implosion: Mark Cuban.