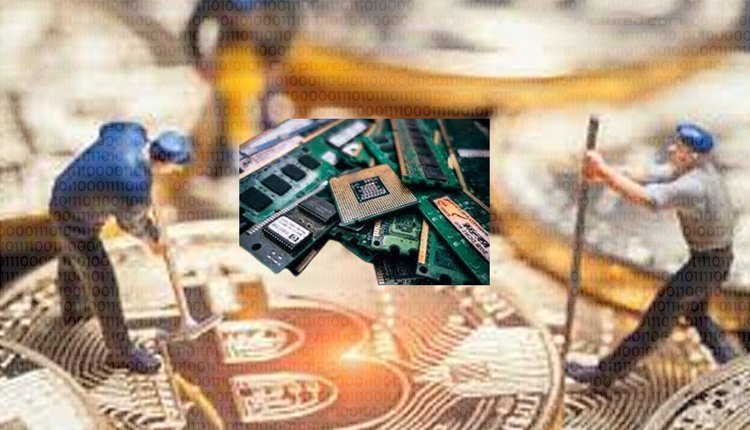 Bitcoin mining creates tonnes of e-waste, according to a new study.

Electronic waste or e-waste generated by the mining of bitcoins is huge, a recent study reveals. The amount of e-waste generated equals 30, 700 tonnes, according to the study. This e-waste quantity amounts to an average of 272 grams for every transaction that the blockchain processes.

At its highest price points, a bitcoin (BTC) can produce a maximum of 64, 400 tonnes of e-waste, the study mentions.

The study states that the amount of e-waste generated annually by bitcoin mining can be compared to that generated by a small IT device used in a region such as the Netherlands. Small devices in this context include PCs, mobile phones, telephones and printers.

It is no secret that Crypto mining, especially bitcoin mining, earns good money. The earning potential of bitcoin mining comes from the fact that miners keep creating new bitcoins. Focus is now on the reasons that contribute to e-waste generation:

The success of miners depends on the development of new blocks for bitcoin blockchain. Each participating miner is keen on developing a new block, which increases the need for substantial computing.

Computers used for Bitcoin mining come with a very short lifespan. They become obsolete in as few as 1.29 years. The e-waste generated as a result of discarding old machines at such a rapid rate is huge.

As electricity consumption is high for Bitcoin mining, miners prefer devices with high processing efficiency. As a result, highly specialized hardware goes into the making of Bitcoin mining machines.

The hardware, referred to as ASICs or Application-Specific Integrated Circuits, are highly specialized for the task of Bitcoin mining. As a result of such acute specialization, the hardware exhibits poor recycling efficiency as it starts becoming obsolete. These ICs cannot be used in other cryptocurrency production or in other recycling processes.

NFTs are a type of network that combines business and the metaverse.