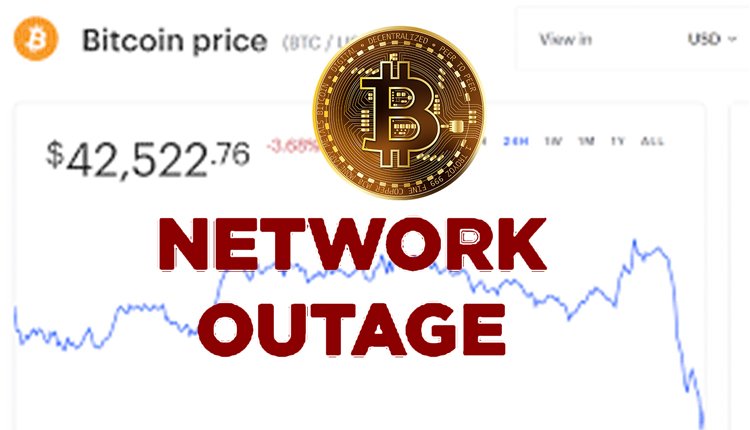 Bitcoin’s price plummeted to $5,400 due to a network outage.

On Monday, a cryptocurrency network operated by a large player on Wall Street posted a 90% drop in Bitcoin. This glitch didn’t appear on any other platform. Pyth is the name of the platform and on Monday, it reported that Bitcoin, one of the biggest cryptocurrencies, had a price drop to $5,402. That’s a significant plunge from $41,000.

Pyth has announced that their engineers are looking into the matter with a full-scale investigation. A detailed report will be available soon. The network recently published its finding stating the cause of the incident, based on an analysis of bad BTC/USD prices.

Cause of the price drop

While explaining the source of the problem, Pyth stated the problem arose from two sources. The first source -two publishers on Pyth published a close-to-zero price for BTC/USD. The second source is aggregation logic adding weight to publishers’ contributions. Both publishers experienced issues related to calculating decimal figures.

The first publisher came across a glitch where they entered their cost as a floating number where an integer was required. The second publisher experienced a race condition with a program that led to incorrect reading. Instead of reading 10^-8 on a two-minute interval, they read 10^0.

On Tuesday, everything seemed back to normal. Bitcoin’s price was listed as $41,888, which is close to its previous levels. This is the second network glitch that connects to the Solana blockchain. In a statement, Pyth stated its developers were taking measures to prevent future issues.

Bitcoin and Ethereum will face several competitors in the future thanks to a multi-chain future, according to experts.

Is MARA Stock a Buy Now That China Has Banned Cryptocurrencies? Here’s a look at the Marathon Digital Stock Chart