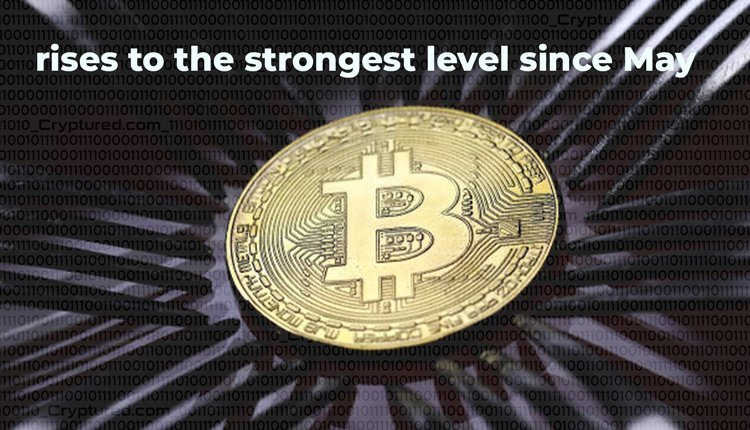 Bitcoin rises to the strongest level since May

This week, Bitcoin managed to reach the highest level it has been on in the past five months. As the billionaire investor, George Soros, started trading bitcoin through his hedge fund, the market sentiment regarding bitcoin has continued to improve. It is expected that this quarter will see cryptocurrencies’ seasonal rally.

Bitcoin is the largest cryptocurrency in the world, and its market value has increased to $55,499.96, which is the highest it has been since May. Bitcoin passed the mark of $50,000 value for the first time in the past month. The last highest value was $54,750. There are some seasonal factors behind this surge as well. Historically, Bitcoin performed well in October. Many bitcoin supporters believe that the rise in prices is a self-fulfilling prophecy at this point. A new all-time high was expected in October since summer. The reason behind this new pump is the market cycle, where the emotional part has a significant role to play.

Smaller coins that move typically in line with bitcoin have been up as well. XRP was up by 0.2% at $1.0865 and Ether rose by 2.2% to $3,594. As per the IDX Digital Assets’ chief investment officer, Ben MacMillan, based on the on-chain data analysis, there is a steady increase in the number of bitcoin addresses, especially after the first half of 2021 experienced a big drop-off. However, even though the structural bull case remains strong, there are some non-trivial risks in the long term. We have to wait and see what further developments enter the crypto space this month.

CoinDCX was the first, and now CoinSwitch Kuber is the second. Finding the next crypto unicorn in India