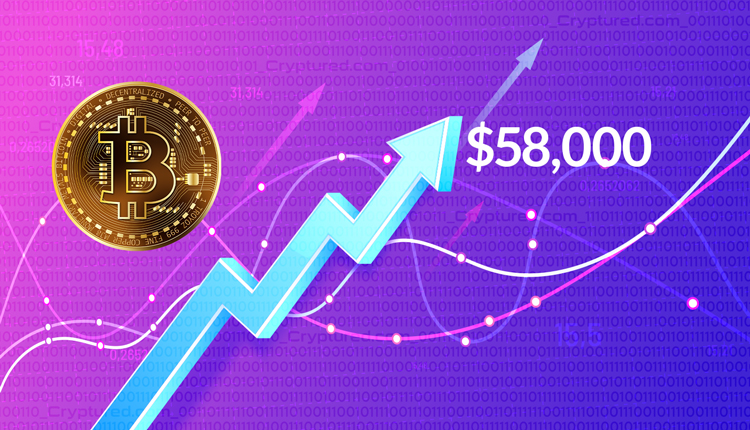 Bitcoin, the largest cryptocurrency in the world in respect to market capitalization, surged over the $58,000 mark yesterday. The trading was over 3% higher and reached $58,418. Bitcoin reached its record level high in April and reached $65,000. From what the trend shows, Bitcoin is nearing this record and is up by 100% this year so far.

The coin linked to the ethereum blockchain, Ether, increased to $3,649, which is up by 4%. Dogecoin was up to $0.22 and Cardno was at $2.19, which was up by 2%. Over the past 24 hours, other digital tokens like Uniswap, Binance Coin, XRP, and Stellar have been trading gains as well.

The BNB/BTC chart managed to break out of its Flag pattern and the Binance Coin (BNB) managed to recover since yesterday. With its retested support at 0.0075 and strongly bounced back which indicated its strengthening position. Based on the model, in this cycle, they will be able to hit the $550 level. Altcoins’ total market capitalization is trading at $1.27 trillion. According to the trend patterns, it appears that ATH is progressing towards $1.5 trillion.

Cryptocurrency funds and products registered their eighth consecutive week of inflows and managed to garner investments of $226 million last week. The total inflows of crypto products over the eight week run is $638 million which brings the year total of $6.3 billion.

Even after the ban on cryptocurrency transaction and El Salvador’s rollout of Bitcoin as legal tender, the digital tokens has remained under pressure

Bitcoin – a tool in the battle against inflation