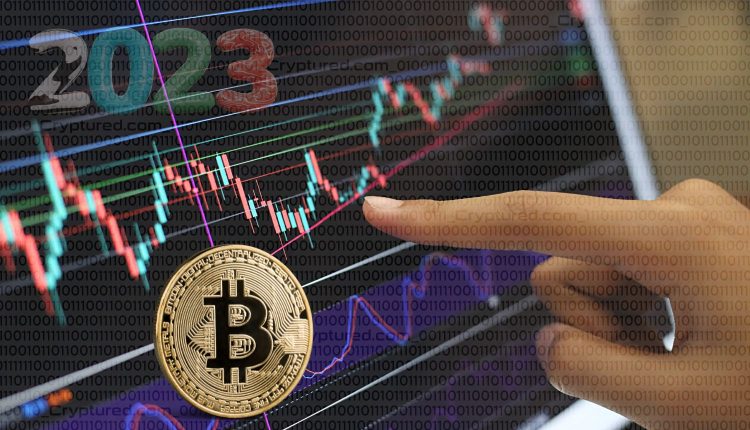 Bitcoin Treads Carefully and Positively in 2023.

After a tumultuous 2022, Bitcoin is holding onto the $21,000 mark with all its might. The topmost cryptocurrency is up about 28% since the start of January. Bitcoin managed to surpass the $20,000 level over the weekend.

At the time of writing this article, BTC price was trading at $21,220. It has gained 1.77% in the last 24 hours. Bitcoin surged nearly 23% in the past seven days. But it is still far from its record high of $68,990. However, Bitcoin enthusiasts are optimistic that digital asset will eventually surpass that too.

The past year was grim for the global cryptocurrency industry. It was marked by major insolvencies and scandals, including the Terra LUNA crash and the collapse of FTX crypto exchange. Analysts attribute Bitcoin’s current rise to an increased probability of interest rates being lowered and whales on a buying spree.

James Butterfill, head of research at CoinShares, says Bitcoin looks to have recoupled with macro data as investors shrug off Sam Bankman-Fried’s FTX collapse. He believes investors are focusing on weak services PMI and the trending down of employment and wage data. Moreover, the downwards trend in inflation has improved confidence. Looser monetary policy and low valuations has led to this rally. Kaiko, crypto market data provider, stated that larger purchasers of digital coins known as whales may be leading the latest rally. It said trade sizes had climbed from an average of $700 on January 8 to $1,100 on Binance. This shows renewed confidence in the market by the whales.

However, skeptic said this makes the market prone to manipulation by a select few investors with large piles of tokens.