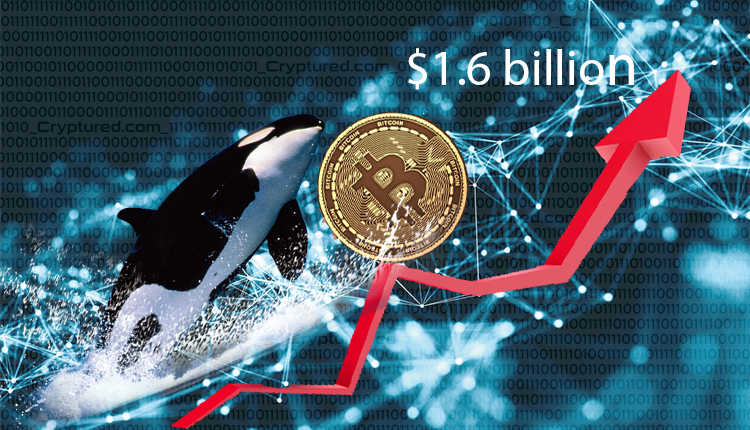 Bitcoin whales are one or a group of large buyers of bitcoins. From the available data it appears that large purchases of bitcoins by whales caused the recent price rally.

At the time the report of the price rally was published, bitcoin was selling at $54,938.47. A price rise of 7.89% over 24 hours. However, the reason for the purchase of $1.6 Billion worth of bitcoin purchase orders – in the space of a few minutes remains contested.

CryptoQuant, a blockchain data firm, based in S Korea opined that some whales made large purchases on Wednesday – between 13:11 and 13;16 UTC. The purchases followed positive comments on cryptocurrencies by the US Republicans. The comments triggered expectations of approval for a futures-based bitcoin exchange fund.

But other analysts disagreed. They were of the opinion that the large purchases were mainly made by Binance. This assertion was made on the basis of data sourced from Glassnode.

Several analysts opined that whales were causing the price rally to stimulate interest among investors. The attention of the market is now certainly on the bullish outlook for bitcoins. Even institutional investors are showing increased interest.

Treasury is attempting to kill crypto, according to Cardano CEO Charles Hoskinson