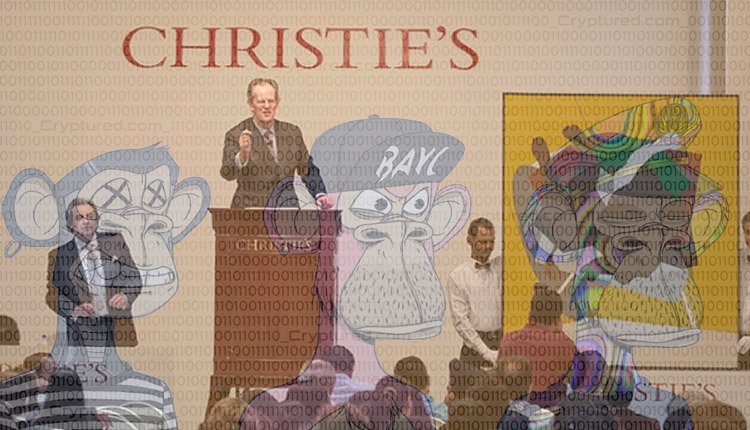 In the very next month, Christie’s will achieve the landmark of becoming the first and only global auction house to offer nonfungible tokens in Asia. What has caught more attention is the fact that they will be doing it with a dressed skeleton and an ape that can shoot laser from its eyes, much like Scott from X-Men.

“No Time Like Present” will be staged by Christie’s on 17th September, in Hong Kong. It has been conceptualized to be an online auction of hard-to-find and valuable crypto-art works. The auction would include a much-awaited collection of profile-pic NFTs, which are also being touted as exclusive digital avatars. Multiple variants and examples of CryptoPunks will be seen at the exhibition. CryptoPunks is a cult-like collection of pixelated pictures, often portraits, on the Ethereum blockchain. Software engineers Matt Hall and John Watkinson are the minds behind the project, and their company Larva Labs is playing a big role in the auction. Every punk is made distinct with the help of varied algorithmically assigned features, such as accessories, hairstyles, etc.

Bored Ape NFTs are designed with the help of an algorithm by Yugo Labs. It brings together varied character traits and features, along with a collection of very rare traits. The rarer a trait, the costlier it is. For instance, an ape with party hats and lasers shooting out of its eyes attracted the price of $653,344 on OpenSea recently.

Christie’s $69 million sales of Beeple’s Everydays: The First 5000 Days in March were sold for $69 million by Christie. It was the first auction house sale of an NFT. Subsequently, Christie’s held more NFT auctions like nine CryptoPunks in April and NFTS from the designer FEWOCiOUS in July.