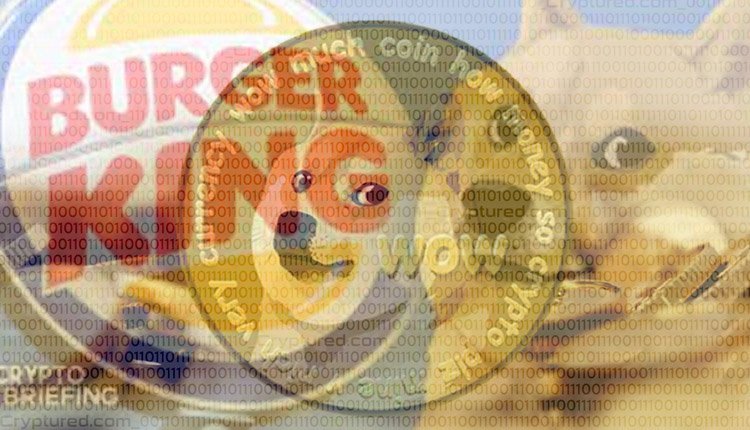 As per the news reports, the fast-food chain Burger King in Brazil has started accepting Dogecoin as a payment method specifically for the purchase of a dog snack. This dog snack, which has been named Dogpper, plays on the name of the iconic Whopper which is sold in Burger King. Each Dogpper is being sold for 3 dogecoins. The fast-food chain has recommended people to purchase a maximum of 5 units at a time owing to availability issues. Consumers can purchase the dog treat with fiat currency or by transferring the required dogecoins to the Burger King Brazil wallet.

Does this mean Burger King will move to crypto?

The ad for offering Doggper was promoted in July, and the use of a cryptocurrency called dogecoin was specifically for the meat-flavored bone-shaped dog treat. However, it has not been announced that Burger King will start accepting cryptocurrency on a broader scale now or any time in the future. This particular promotion is a limited-time offer. The company has explained that the proceeds from the sale of Dogppers will go towards an animal protection agency called Petlove. Besides this, the payment for Doggpers is not strictly limited to dogecoins as the company is also accepting the national currency of Brazil, Reals. All of these reasons combined make it abundantly clear that through the offer Burger King was not testing the viability of cryptocurrency payments.

Sometime in 2017, the Russian division of Burger King had launched a cryptocurrency of its own, which was called the Whoppercoin. However, the Whoppercoin failed to attract much attention and is now defunct. Thus, this is not the first time that the fast-food company has dipped its toes in the world of crypto.

Will the world’s largest crypto exchange Binance have a new CEO soon?