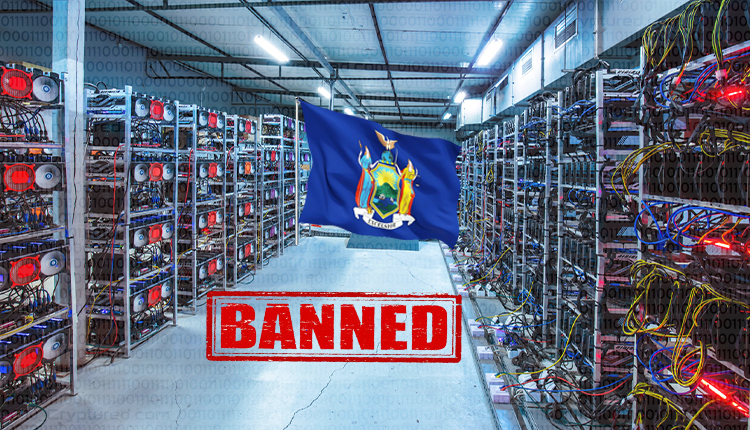 Businesses in New York want crypto mining to be banned

One of the major arguments of anti-crypto lobbies is the harmful environmental impact of crypto mining. Politicians have repeatedly used this argument to put regulations and bans on crypto. In a similar context, many businesses from New York have collectively written to governor Kathy Hochul to put a ban on crypto mining, citing its harmful impact on the environment.

In a petition to Hochul, entrepreneurs and labor organizations asked him to deny licenses for the transformation of NYC’s fossil fuel facilities into cryptocurrency mining hubs. The process of creating new cryptocurrency tokens is known as crypto mining. In the instance of “proof of work” cryptocurrencies such as bitcoin, this is accomplished by employing modern computers to solve complex math problems. This technique has been condemned for consuming excessive amounts of energy while also increasing carbon dioxide emissions.

The conversion of two former fossil fuel-based power stations into crypto mining operations is being discussed. The Greenidge Generating Station and Fortistar North Tonawanda power facilities are located in the tri-state area of New York.

In the letter, petitioners referred to the Climate Leadership and Community Protection Act. They said that if crypto mining projects are allowed to materialize, they will disrupt the climate goals set by the aforementioned act.