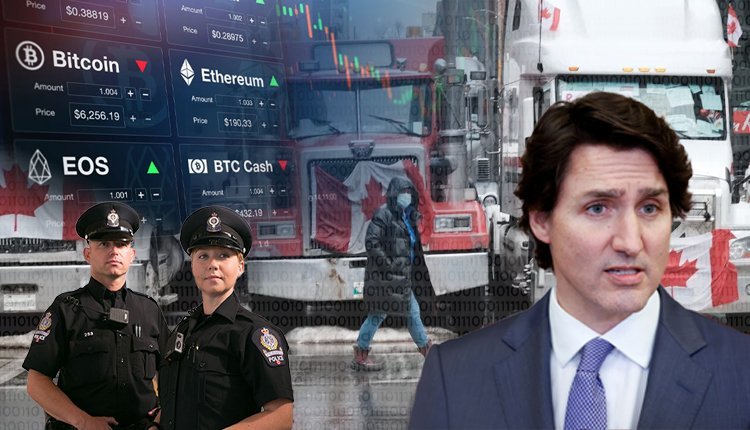 Canada has been experiencing trucker protests along the US border for a while now. Authorities believe that protesters are getting funding via crypto exchanges. According to reports by The Globe and Mail, Canada’s police have sent letters to many cryptocurrency exchanges asking them to stop facilitating transactions. 30 or more crypto wallets have been definitely linked to the ongoing protests as providing funds.

On February 14th, Canadian Prime Minister Justin Trudeau invoked the Emergencies Act as a trucker convoy occupied the Capital. Truckers are protesting the country’s mandate compliance and restrictions related to COVID 19. The protest started in the last week of January. Under the Emergencies Act, banks have the power to freeze bank accounts so that the protesters don’t have money to continue. Banks will not have to bear any civil liability for denying access to money.

The money is still in wallets on the platform and protesters have been given an ultimatum to leave the capital. Those who fail to comply may be fined or jailed or both. The Emergencies Act has clauses which prohibit people from traveling to specific areas. It remains to be seen how this protest will end.

Monero Supporters urging XMR miners to boycott a pool that controls 44% of the network’s hashrate.