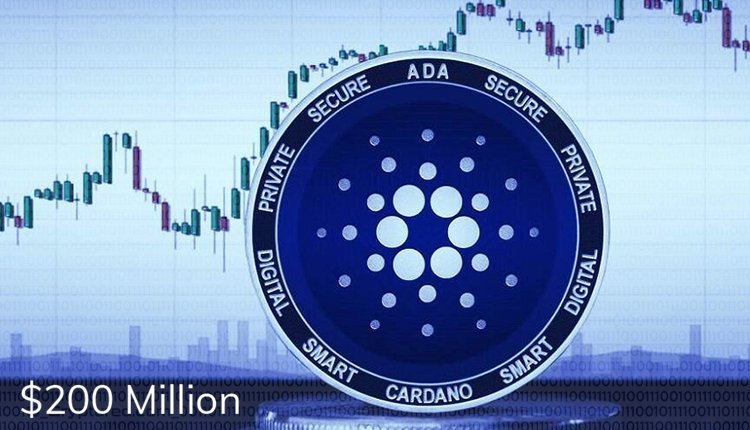 Cardano’s total value locked (TVL) has been recording major strides since January 2022 and as such as gained a milestone by surpassing $200 million. The TVL, on March 16, for the largest proof-of-stake (PoS) was $207.67 million. For Cardano, this was an all-time high. It broke previous records.

Analysts stated that TVL for Cardano has been seeing a steady rise since late January 2022 when it was barely over $3 million. On March 6, the digital asset’s TVL stood at $152 million. And in less than three months, the value crossed over the $200 million mark. Cardano’s staking value has spiked by 98.56%.

Charles Hoskinson, the founder of Cardano (ADA), recently highlighted that the TVL in Cardano’s blockchain project will keep increasing. He said an upcoming fork that is expected to activate decentralized applications built on top of the Cardano network. Hoskinson pointed out that the Vasil hard fork is playing out in June 2022 to activate Cardano DApps. This will support the increase in Cardano TVL.

A majority of the funds on the network reside on SundaeSwap. It accounts for about 52.28% of the TVL. However, analysts highlight that Cardano on-chain signal, a day ago, was bearish. Cardano’s team believes it could be a sign of buying. They expect the DeFi token to trade at $1.5 by the end of March. But the price depends on Cardano-buying.