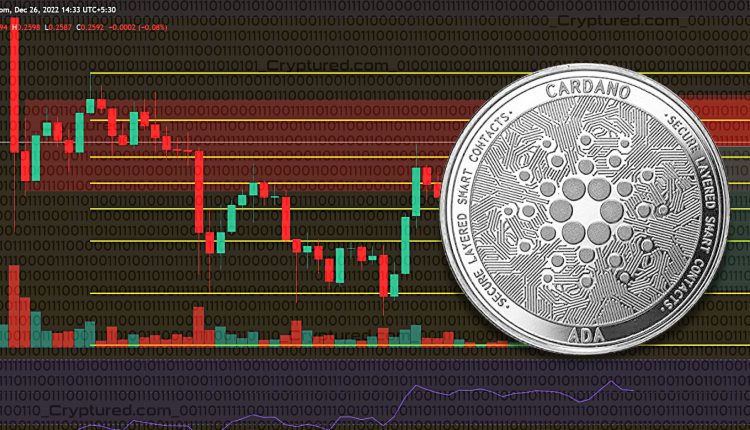 The Cardano network has outperformed Polkadot and its native cryptocurrency ADA has been complimentary. But currently, ADA is down by 3% in the last 24 hours and trading at $0.2556. Many traders are disappointed by the downtrend as they had been hoping for the highs of $0.3 at the year’s end.

Data suggests Cardano’s price is experiencing a firm technical rejection. As such, there could be more downside if the sell-off accelerates. This may keep investors at bay. The current crypto prices show that even this period of the year is no match for the risk sell-off sentiment that has consumed much of 2022. The bulls have nothing to show because of the constant decline in price action and new multi-year lows. These last few days of 2022 were the last straw. Hopes of a Christmas rally was shattered as there was nearly zero price gains.

Charts indicate Cardano (ADA) may drop further as it witnessed another firm rejection to the downside against the pivotal level of December 24, 2017. ADA bulls got rejected against $0.265 price action, the altcoin went back in search of support. There could be a full return to $0.247. Cardano is likely to find support from bulls at the ascending trend line and face a pushback upwards. If this happens, a breakout at $0.265 is likely. Overall, Cardano managed to establish its popularity in the crypto industry. Its ranked as #9 in the top 10 cryptocurrencies of CoinMarketCap.