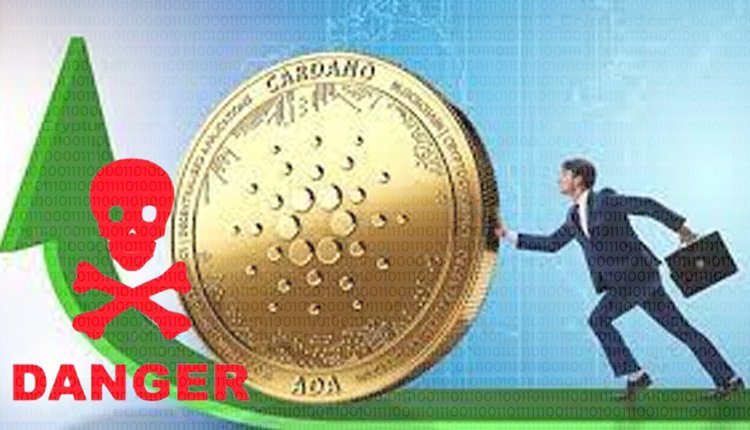 The Crypto market is a highly volatile one and currencies losing a significant amount of their value in a matter of hours is not new. But as the market has been growing, so has its stability been improving. Bitcoin and major players do not see crashes in value now very often and are on an upward trajectory only.

But for newer currencies like Cardano, this is not the case. Since the September 21 sell-off, the inverse cup of the graph suggests that there will be more panic selling in the future. This will lead to sharp losses in the near future, which can lead to a 23% decline. A bearish pattern will be needed to trigger this breakdown, but ADA can still make up for the losses with volume.

Since August, the RSI of the currency has been weakening and pressure has been building up. Combine this with the steady decline of capital inflows leaves the currency in a vulnerable state. This reading is similar to when CMF also saw a crash in the market on 19th May.

The bearish pattern suggests that there will be a large sell-off very soon. This means that Cardano can lose a significant amount of gain that it has seen in 2021 itself. It is one of the fastest-growing cryptocurrencies and generally a great gateway for new Crypto enthusiasts.

Experts suggest that after all this is done, ADA will be in the $1.70 to $1.84. Although it might be a drop-off from the current $2.25, this can easily be recovered in the long run.