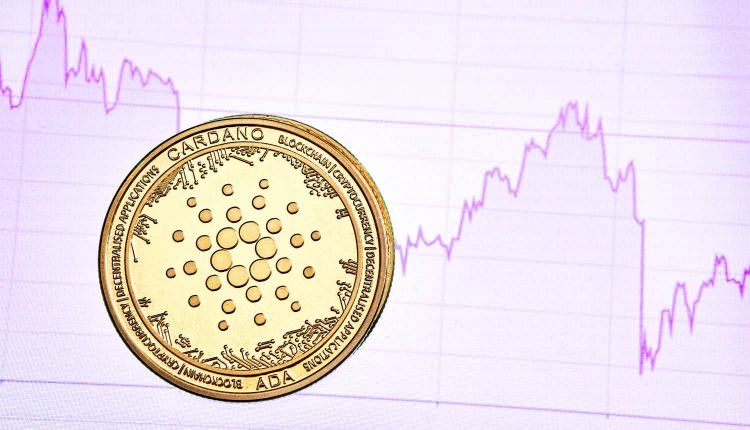 Cardano(ADA) Market Analysis: ADA crosses into the positive zone at $0.3511.

The price of Cardano has broken out of the descending triangle formation, which is confirmed by price analysis, which indicates that the price is currently in a bullish trend. If the price can maintain its current momentum, it will probably challenge the next level of resistance, which is at $0.3466, in the not-too-distant future. But support is probably going to be there at $0.3554 if the price begins to retrace from its current levels. ADA/USD is currently biased positively overall.

In the last few days, the digital asset has surged from the price of $0.34 to $0.35 levels. The bulls have been in control of the market and are currently under pressure to push the market higher. However, the bears are also making a comeback and are attempting to seize control of the market. The market price is $0.3511 at the moment, up 0.13 percent over the previous 24 hours. Both the market capitalization and the 24-hour trading volume are $341 million.

The parabolic indicator is above the candle stick pattern, which indicates the bulls are in control of the market in the last 24 hours. The Bollinger band indicator indicators bulge, which shows increased market volatility. The signal line (Yellow) is pointing upwards, indicating positive momentum in the market.

The MACD line (Blue) is above the signal line, this indicates that ADA price is in a positive turn with the bulls taking control of the market. The MACD’s histogram is shown to be narrowing, which suggests that the bullish momentum is waning. At the time of writing, the article the Relative Strength Index (RSI), which is showing that the market has stabilized from overbought levels as prices have declined, is currently at $50.66. The Chaikin Money Flow indicator is at $0.17, this shows that the price of ADA is in a positive bullish trend.

According to Cardano price analysis, ADA prices are now trading bullishly and are anticipated to rise in the near future as long as bulls continue to dominate the market. However, the bears are also starting to regain some momentum, and for the ADA/USD pair to move higher, a breach over the $0.3554 mark is required.