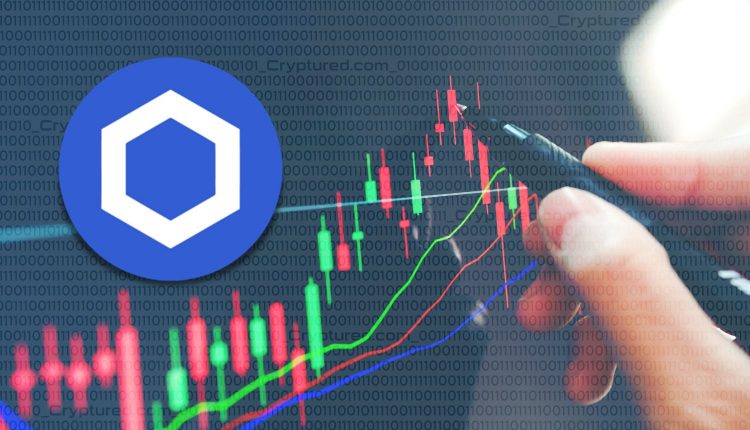 Chainlink is seeing slight gains as the month nears its end. The altcoin price produced strong retaliation signals throughout the week. The price auctions near a previously broken support zone after a strong recovery rally.

After a strong monthly decline, Chainlink’s price rallied nearly 27%. At the time of writing this article, it was trading at $6.88 after having gained 2.77% in the last 24 hours. Chainlink surged 13.71% in the last seven days. The oracle-based blockchain token, as of November 25, recovered 27% of market value. Its 8-day exponential moving average (EMA) was breached without a retest. This prompted a rally into the SMA. Breaching the SMA could provoke an additional 40% surge toward a monthly high of $9.48. Bull could face a challenge, as per the Volume Indicator, as transactions remain spare during the 27% upward movement.

Moreover, the Relative Strength Index shows a bearish divergence between the current price and the previous uptrend that came about on November 10. It should be noted that the candles are progressively getting smaller during the rally. This is a pullback into the 8-day exponential moving average at $6.20. And there’s a fair chance that it will occur. But if there is no support, a sweep-the-lows event targeting $5.52 will become a strong possibility.