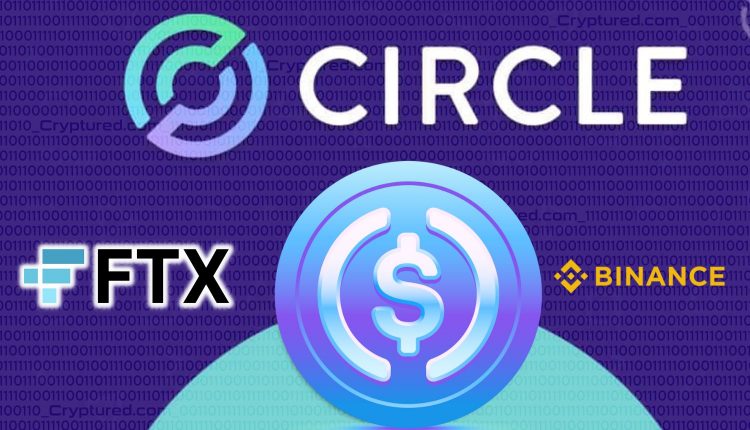 Circle’s Performance to be Lower Due to Exposure to FTX and USDC Conversions on Binance.

The fallout of FTX and automatic conversions of USD Coin on Binance will prompt Circle’s performance to be materially lower than the predictions made in February. Circle revealed that the “tiny” FTX equity is actually a $10.6 million investment the company had made in the now-beleaguered FTX.

Circle and Circle Ventures has been actively investing in other projects, including Ottr Finance’s $3.1 million pre-seed round, $150 million round for Aptos, and Slide’s $12 million raise. A spokesperson for Circle said if Allaire had known the amount that the company invested in FTX, he would not have wanted to disclose the figure in his Twitter thread last week that highlighted the FUD regarding Circle’s relationship with FTX. Allaire at the time had said Circle has no material exposure to FTX and Alameda.

The spokesperson said the company doesn’t publicly disclose investments as a rule, unless they are material to Circle and FTX was not. Circle disclosed the investment because of its registration and heightened focus on the fallout of FTX. The company has now told its investors that because of FTX Group’s bankruptcy, Circle has stopped all transactions with the company. In its amended S-4 filing, Circle stated that it will recognize the impairment of its FTX investments in the reporting period in which impairment indicators arose. Moreover, it has suspended its services and transactions with FTX Group and is evaluating the impact on the provision of future services to Sam Bankman-Fried’s company and the potential indirect financial impact of the FTX Group bankruptcy.

In regards to the conversion of USD Coin, Circle acknowledged that it’s difficult to know exactly how much of its stablecoin has been automatically converted to BUSD. The company recorded a $3.0 billion increase in BUSD from August 17, 2022 through September 30, 2022. As such, it estimates that up to $3.0 billion of the $8.3 billion decline in USDC in circulation from June 30, 2022 to September 30, 2022 was brought about by the auto conversion by Binance.

Allaire had hoped USDC could benefit if the stablecoin became the preferred asset for Binance users to move funds on and off the exchange. He tweeted that it would likely benefit USDC usage as the preferred cross-CEX and DEX stablecoin rail. But there are currently a lot of market factors working against the stablecoin.

What’s In Store For Ethereum? Make or Break?