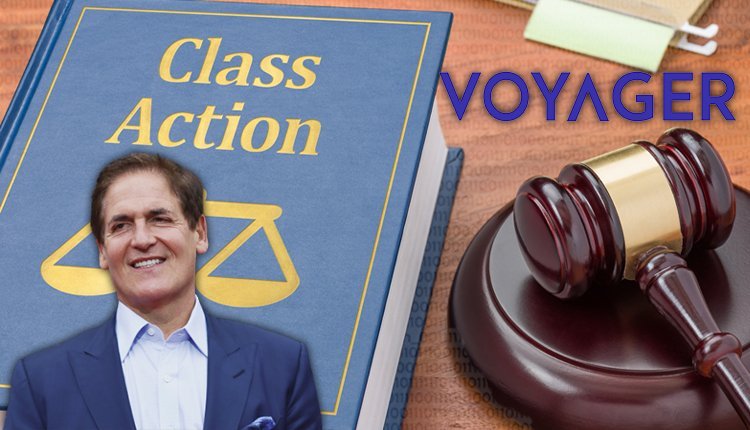 Billionaire entrepreneur Mark Cuban is facing a class-action lawsuit for promoting the now bankrupt Voyager Digital. The lawsuit has been filed by Moskowitz Law Firm in Southern Florida. It demands a jury hearing for the case.

The lawsuit says that Cuban misrepresented the crypto brokerage firm on numerous occasions. It alleges that the entrepreneur made dubious claims of Voyager Digital being cheaper than competitors and offered commission-free trading services. The lawsuit claims that Cuban and Stephen Ehrlich, the CEO of Voyager Digital, leveraged their years of experience to lure inexperienced customers into investing their life savings in a Ponzi scheme.

Moreover, it says that Cuban and Ehrlich went to great lengths to use their experiences as investors to dupe millions of Americans into investing their life savings into the Deceptive Voyager Platform and purchasing Voyager Earn Program Accounts (EPAs) – which are unregistered securities. The lawsuit further alleges that the billionaire hyped Voyager’s products and pushed retail investors to invest despite knowing it. Cuban also called the Voyager platform as close to risk-free as one is gonna get in the crypto.

The lawsuit states that Voyager Platform relied on Cuban’s and the Dallas Maverick’s vocal support, as well as Cuban’s monetary investment to continue to sustain itself until its implosion and Voyager’s subsequent bankruptcy. Voyager Digital ceased withdrawals on July 1 and filed for Chapter 11 bankruptcy on July 5. More than 3.5 million American customers have around $5 billion in crypto assets on the platform frozen.

The Central Bank of Colombia is Considering The Creation of a New Digital Coin.