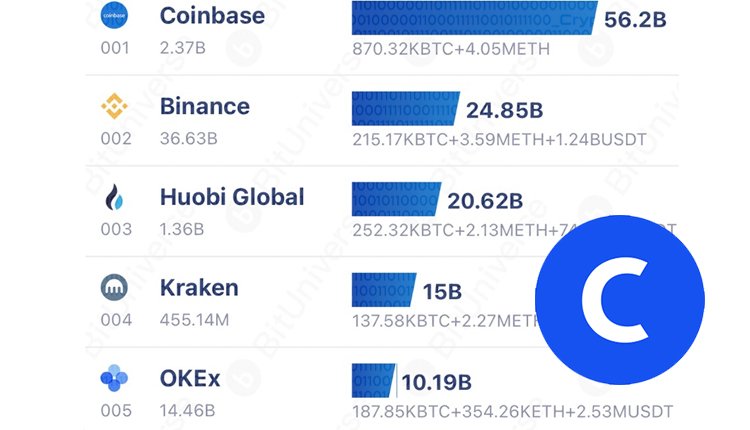 Coinbase dominates the crypto economy with $56.2 billion in assets under management.

As 2022 starts, crypto continues its exponential rise in popularity and adopters. There are more than a billion dollars in each of the digital currencies that are being held in reserves right now. The top 13 exchanges together have $162 billion worth of the biggest coins, namely Bitcoin, Tether, and Ethereum.

Coinbase has $40.27 billion in its reserves that are made up of Bitcoin or BTC. As of today, they have 853,530 BTC in their custody. The second largest is Binance, which has 370,390 BTC. Not only that but Binance also has 1.24 billion UDST in their custody.

Coinbase has been the most talked-about exchange all over the globe. They were the ones that held their own against the SEC and were able to launch their Lend feature in the USA. Many have seen this as a win and more regulatory bodies are opening up to the idea of decentralized finance.

As the BTC will be minted in limited amounts and caps at 21 million coins as of today, Coinbase is the second-largest bitcoin holder. In total, they have $56.2 billion worth of coins under their management. Binance, the second-largest exchange, has less than half of that under them.

If you have been looking to get into the crypto market, right now is the best time to do so. Choose any of these big names and start your crypto journey.

What are investors blaming for falling crypto prices in December?