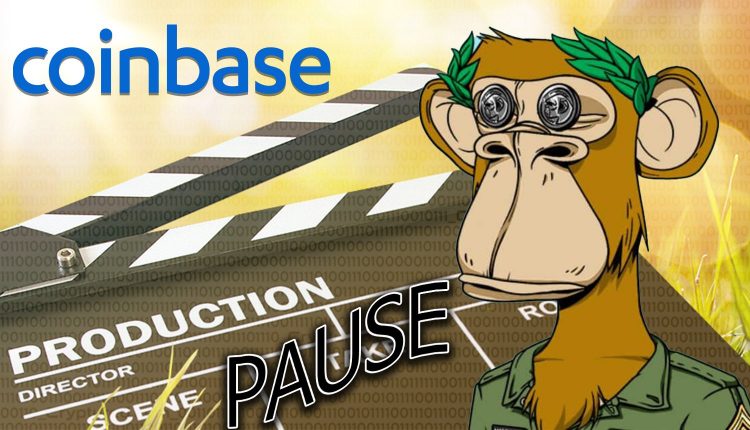 After the release of the first entry of the short films inspired by the Bored Ape Yacht Club NFT project, Coinbase has paused further production of the series. A spokesperson for the crypto platform said they are constantly evolving their content strategy.

Coinbase decided to halt production of the remaining two films in an effort to identify the best path forward for the creative. It will continue to focus on more immediate creative endeavors. But Coinbase did not elaborate on the reasons for the production stoppage.

The Degen Trilogy, which had been approved by Yuga Labs the creator of BAYC, was to feature various Bored Ape characters submitted by their respective owners. Coinbase had an agreement to pay $10,000 worth of Bitcoin or ApeCoin to the owner of each chosen Ape, in exchange for licensing rights for the short films. It released the first installment in July through YouTube and other social media platforms. The five-minute CG-animated short introduced human characters on an ApeCoin-themed hunt in a skyscraper filled with money zombies. There were only a handful of brief Bored Ape appearances.

However, the animation didn’t go down well with the NFT community. Social media commenters attributed this to the lengthy credits sequence and confusing story, as well as the lack of meaningful BAYC elements within the first entry. Moreover, the timing of the release of the first installment was also to be blamed as the launch came about after Coinbase laid off about 1,100 people in June. Hawkward, a pseudonymous NFT artist, tweeted that imagine getting laid off by Coinbase because the firm couldn’t afford to pay them and came out with animation.

Besides the crypto winter also had a significant impact on the once-flying NFT space – it has been struggling.