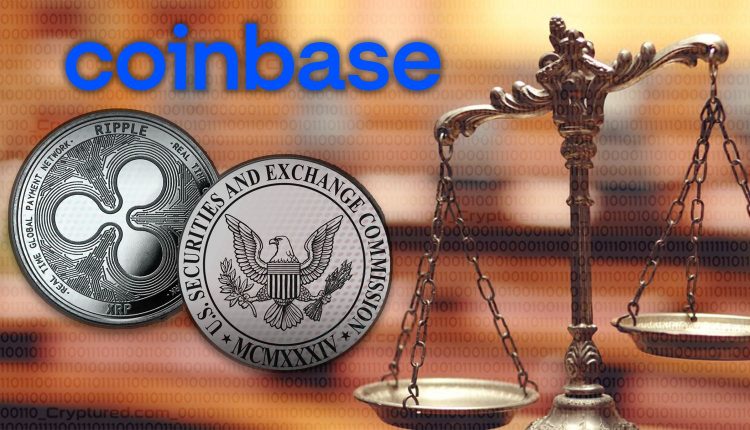 It appears that ripple is riding the SEC high tide. Just three days ago, the Washington, D.C.-based Blockchain Association, an advocacy group for cryptocurrencies, made a request for permission late on Friday to assist Ripple (XRP). In its continuing legal battle with the Securities and Exchange Commission (SEC) as a friend of the court.

In an effort to support Ripple’s legal defense against the SEC, which filed suit against the company at the end of 2020 on the grounds that it had sold XRP as an unregistered security, Coinbase has joined forces with the Blockchain Association. The trade group, SpendTheBits, a cryptocurrency payments app, and attorney John Deaton.

The conversation emphasizes the lack of clear instructions from the regulatory agencies on how to carry out the operation. Before deciding to impose its mandate on the companies, according to Coinbase, there was no fair notice.

In its filing, Coinbase brought up the issue of enforcing orders in the absence of any substantive SEC rule-making and argued that it was improper to decide the case on the basis of a summary judgment. Additionally, it claimed that the SEC’s approach to enforcing regulations had been inconsistent, which had left businesses operating in the industry with a great deal of uncertainty. The statement also expressed its dissatisfaction with the SEC’s registration rules for national securities exchanges, which it claimed were inappropriate given how virtual asset platforms operate. Broker-dealers are only permitted to participate in registered securities exchanges due to the requirement, which suggests that retail customers would only use the services of broker-dealers, who would then collect transaction fees.

SEC does not see any relief at the end of the tunnel, whereas Ripple enjoys strong backing from its partner industries. James K. Filan, a cryptocurrency attorney, made light of the possibility that the SEC might eventually want more time and pages to respond to all of these amicus briefs in his tweets.

Additionally, according to the filing, the SEC’s present registration rules for national securities exchanges are incompatible with how digital asset platforms function at the moment. However, due to SEC regulations, broker-dealers are only permitted to be members of registered securities exchanges. As a result, retail customers can only trade assets on exchanges indirectly by using the services of broker-dealers, who charge transaction fees and add intermediation risks that could be avoided on digital asset trading platforms, again to the benefit of customers.