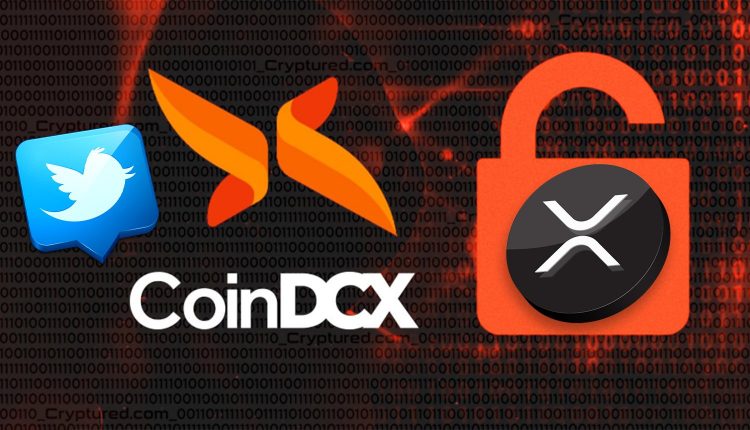 India-based crypto exchange CoinDCX’s official Twitter account has been hacked. Hackers have taken advantage of this to post fake XRP promos with phishing links in an attempt to scam the exchange’s followers.

Peck Shield, a leading blockchain security platform, initially discovered the hack. It tweeted that Phishing Seems like Indian crypto exchange CoinDCX’s Twitter account was compromised and has been used by the exploiter to share links to fraudulent XRP GIVEAWAY. The hacker’s giveaway post had over 500 likes and counting. Several bots testified to its veracity as an extra effort to lure victims.

CoinDCX’s official customer support handle flagged the exploit and warned its users not to click any links or messages coming from the hacked account. The crypto exchange is working to recover the account and will share updates, accordingly. The hackers have reportedly been retweeting the official posts of Ripple Labs CEO Brad Garlinghouse to make their scam look legitimate. The scammers are also replying to crypto tweets with scam links.

Users who click on the link are at risk of losing their assets to the hacker’s scheme. Losses may become severe if this is not resolved soon. CoinDCX’s official Twitter account has over 230,000 followers.