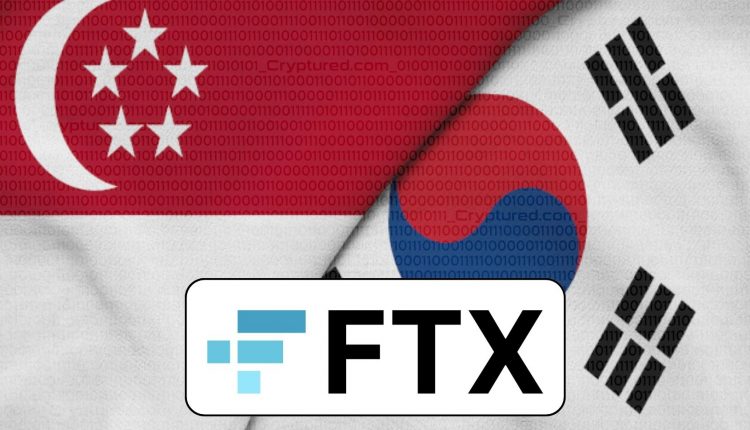 Countries Affected the Hardest by the FTX Collapse, South Korea and Singapore.

A study on the nations most affected by the FTX collapse was published on November 20 by cryptocurrency industry data portal CoinGecko.

Naturally, the majority are in Asia, given that American investors used FTX.US rather than the defunct global exchange. However, the research has certain inaccuracies because it rated the top 30 nations based on monthly users rather than the total number of subscribers that each nation lost.

However, the two are related because it seems of sense that the user bases with the biggest user bases would have been impacted the most. CoinGeko stated that South Korea had the greatest monthly user count, with the largest traffic share of 6.1%, or an average of 297,229 unique monthly visitors to FTX.com. The Digital Asset Basic Act, which is projected to be completed in 2023, is the legislative framework being expedited by the South Korean government.

Singapore came in second on that list, with 241,675 monthly users, or 5% of FTX’s total traffic. The article stated that a switch to FTX occurred as a result of Binance’s closure in Singapore in December 2021.

The article also mentioned how Asian exchanges had gained market share as a result of the crash. Binance’s market share jumped by 7%, and OKX’s rose by 1.1% to 13% in total. After the specifics of the FTX bankruptcy papers were made public over the weekend, markets continued to decline on Monday.

During Monday’s early Asian trading session, cryptocurrency markets are in freefall once more. On CoinGecko at the time of writing, the total capitalization has decreased by 3.8% for the day, falling to $838 billion. The market’s cycle low, which occurred on November 10, is dangerously close.

As of the publication of this article, Bitcoin has fallen 2.9% to $16,000 while Ethereum has fallen 6.9% to $1,137. The FTX hacker account changed its stolen ETH into BTC, which is what caused this to happen. Crypto markets are currently submerged in a sea of red as numerous altcoins plunge to new lows for this bear cycle.