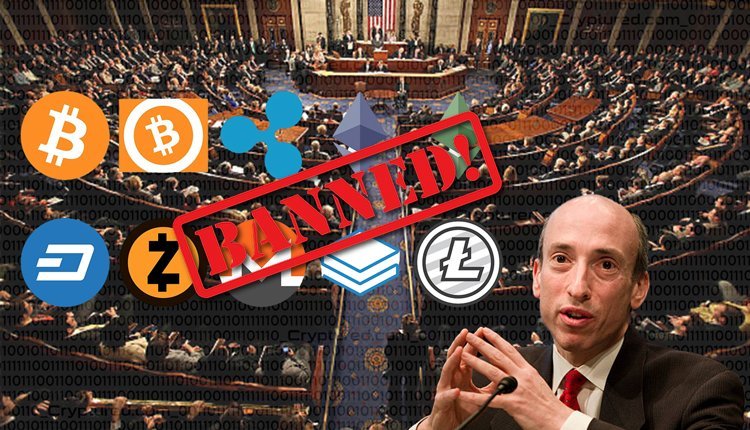 The United States SEC chairperson Gary Gensler has made it clear that the Securities and Exchange Commission has no future plans of prohibiting crypto in the United States. Rep. Ted Budd, a veteran supporter of digital currencies and an important official of the Congressional Blockchain Caucus, enquired about the same recently. In his questions, he asked if the US SEC had any plans to follow China’s suit in banning all crypto-related ventures and firms. In reply, Gary Gensler was clear to say that any decision regarding that is solely up to Congress.

Gary Gensler’s remark is especially important in the present scenario. In the past week, Federal Reserve chairperson Jerome Powell also made it clear that the Federal Reserve is not planning anything that would put a ban on crypto. As of now, crypto is a $2.2 trillion asset class in the USA.

In a four-hour session, Gary Gensler and the SEC had to face a lot of questions about crypto and DeFi. The ongoing debate about how the government should intervene in crypto only gained momentum in the last session. Gary Gensler pretty much stuck to his previous views on crypto. He is still of the opinion that there is a need for regulation in the crypto space, especially with stablecoins. In past comments, Gensler had called stablecoins ‘poker chips’. He also said that Decentralized Exchanges (DEX) would be under certain regulations. After these discussions and comments, the price of Bitcoin went up 4.59% in 24 hours.