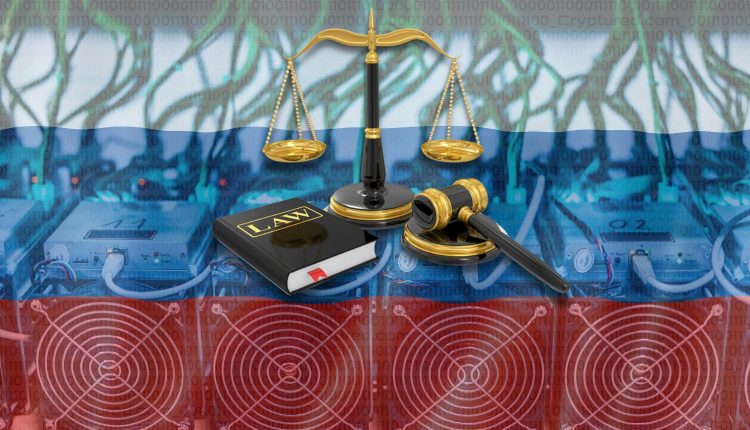 A proposal to legalize cryptocurrency mining and the sale of the extracted digital currency was introduced to the Russian State Duma, the country’s lower house of parliament, on November 17. Payments made in Russia using cryptocurrencies are not now possible.

The proposal will pass all three readings in parliament in December, predicted Anatoly Aksakov, the chairman of the Duma Financial Markets Committee, in an interview with the neighborhood press, and would take effect on February 1. Other reports state that the bill will formally become law on January 1st.

The experimental sales regime is made possible by the legislation addressing digital innovation that was adopted in 2020. The proposed legislation defines both cryptocurrency mining and joining mining pools.

Additionally, it forbids the promotion of cryptocurrencies in Russia. If the bill is passed, a Russian cryptocurrency marketplace will be created, and Russian miners will be permitted to use platforms that are not located in Russia.

The transactions in question in the second scenario would not be governed by Russia’s currency limits and regulations, but they would still need to be reported to the Russian tax administration.

Although there is currently no legislation governing the taxes on mining activities, cryptocurrency mining is quite common in Russia.

Research released by the Central Bank of Russia on November 7th indicated that it appeared the country was getting ready for the entry of digital assets into its markets.

The Moscow Exchange produced a bill in September on behalf of the Central Bank to permit trading in digital financial assets. The goal of this law was to make dealing with digital assets more convenient.

The Russian government created a policy in September regarding the use of cryptocurrencies in worldwide financial operations. Russian cryptocurrency miners and other users must also manage international sanctions in addition to domestic laws.