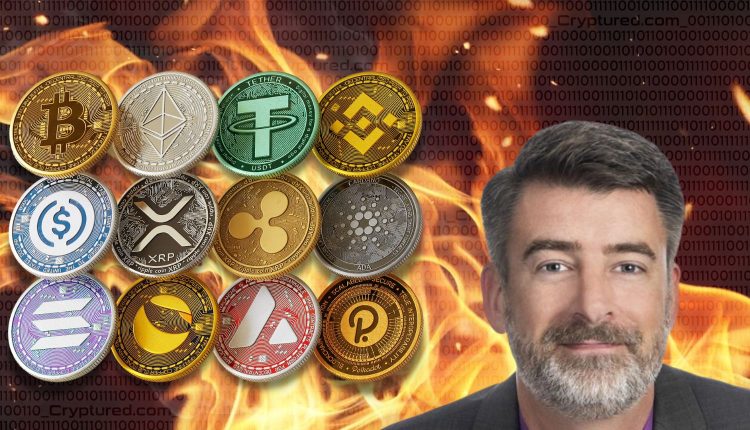 Peter Zeihan, an American geopolitical analyst and author, believes that crypto was always a hot dumpster fire. He said on the Joe Rogan Experience podcast that Bitcoin has no intrinsic value. The analyst highlighted that the number one cryptocurrency by market capitalization is now being priced more appropriately.

Zeihan foresees Bitcoin going down by $17,000 more saying that its appropriate price is within the negatives. He believes the craziest thing about Bitcoin is that there will never be more than X numbers of units of it. This means the popular digital asset can’t be used for trade. Zeihan explained that the whole idea of economic activity is that there’s expansion, meaning that one needs more currency to lubricate and manage that expansion. He said that if a currency’s supply is locked, there will be monetary inflation and this could destroy an economic model.

However, Zeihan’s take on Bitcoin didn’t go down well with crypto enthusiasts. They said the analyst has not read and understood the Bitcoin white paper. Dom Bei, a Bitcoin enthusiast, said Zeihan’s arguments are based on ideology, and far from Math. Alex Stanczyk, Swan Bitcoin executive, described Zeihan’s comments as ignorant. He said almost every single thing the analyst said is complete nonsense.

Furthermore, Jeff Ross the founder of Vailshire Capital Management said to be valid, money must be created and controlled by a central authority, scarce money limits human productivity and economic expansion, and that Bitcoin and crypto are interchangeable. One user said some of Bitcoin’s characteristics give it intrinsic value, including scarcity, deflation, and divisibility into smaller amounts called satoshis and decentralization.