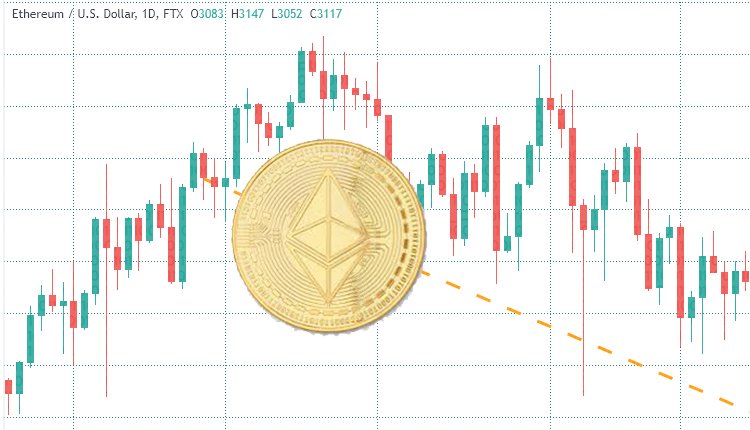 The data on Ethereum futures and options reveals traders’ conflicting feelings about the $3.2K ETH price.

Anyone who has been investing in Ethereum knows that the last few months have not had a shortage of ups and downs. It was only in December that ETH saw a massive jump in its price to 4780 dollars. At that time, a lot of experts concluded that Ethereum does have the potential to take over Bitcoin someday. Yet, after that, the coin has been quite volatile. In fact, in terms of volatility, it has given Shiba Inu a run for its money.

The Volatile Ups and Downs

The coin has rallied twice till now. After its price jump in December, it faced rejection which led to a liquidation of assets worth millions of dollars. However, ETH was able to bounce back by January as it touched its all-time high price of 4870 dollars. However, it again faced quite a significant drop in its face on 10th January 2022. It fell 40℅ with its value coming down to 2900 dollars. ETH hasn’t seen such a low point in its price for several months.

The reasons behind the drop

There is a myriad of reasons behind this price drop of ETH. The primary reason is perhaps the correction that has affected all the cryptos in the market. Apart from that, the roll-out of China’s digital wallet named Yuan and the crypto CBDC (central bank digital currency) also has to do with the drop. Moreover, the impact on mining due to the political issues in Kazakhstan has also contributed to the drop in ETH’s price.

The most common causes of DeFi attacks are ‘centralization issues’: CertiK.

Risk-adjusted ETH 2.0 staking products have been launched by Lido and Idle DAO

As ETH forms a bearish’symmetrical…

Risk-adjusted ETH 2.0 staking products have been…