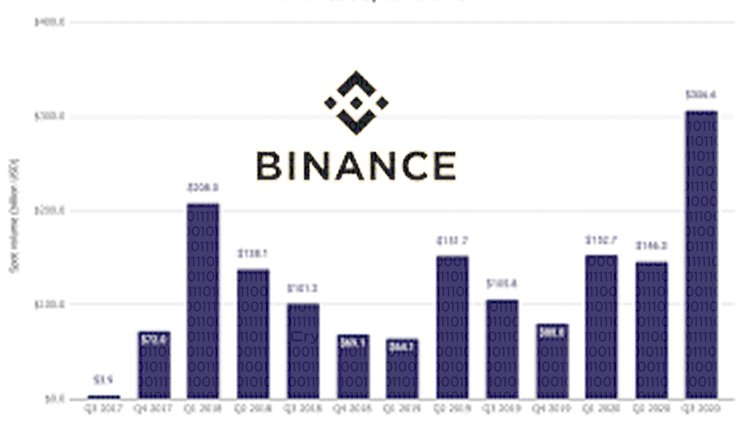 Binance has been on a roll lately. The coin saw a massive surge in its trading volumes in the past few months and. The Crypto exchange became the largest in terms of volume and saw a 65% rise in its very own trading volume.

The Market, as we know, started gaining momentum again in August and even Ethereum saw a 35.7% increase. Cardano and Solana also registered record-breaking gains and this makes some of the cryptocurrencies great long-term investments too.

The 110% increase in Cardano and almost 200% increase in Solana make them some of the fastest-growing blockchains in the game. But What does this mean for bigger players like Binance?

Binance has been in the game for a long time and knows as the craze for cryptocurrencies will increase, so will their demand. This can be said to be a resurgence after the crypto market has stagnated for a good while.

Not only that, Binance also dominates on the aggregate open interest front, even though it is facing heat from regulators in many countries. This means people have started accepting currencies even before their countries have.

Binance cannot operate in the United Kingdom as of now, and leading banks like Nationwide and Barclays have halted their operations too. Thailand also has filed a complaint against the bank and the Cayman Islands have also made similar statements. But as the acceptance for these new-age currencies increase, many people are also changing their stance on them.

Since the end of August, users, whether they be new or existing, have had to complete a new form of verification. This was in response to claims that Binance has lax customer protection and safety measures.

Shiba Inu has increased by 35% after Coinbase added support for the meme currency.