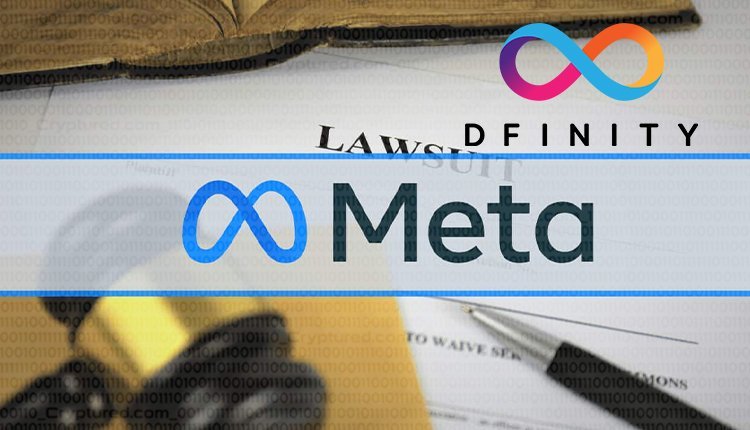 The developer of the Internet Computer blockchain claims that Meta and Dfinity seek to attract the same users – those who are looking for an innovative and different user experience, created by users for users. Facebook stepped into the virtual space with eyes on the metaverse with the possibility of NFTs and other Web3 elements. It allegedly threatens Dfinity’s brand.

Since 2018, Dfinity has raised $195 million in funding. The Swedish company wants to create a decentralized blockchain that overturns conventional cloud computing, which requires centralized servers owned by Google, Amazon, the like, etc. Dfinity offers smart contracts and the ability to create decentralized applications that work atop the blockchain. It is already using the proof-of-stake (PoS) consensus mechanism. This gives the platform advantage in terms of transaction speed and affordability. Moreover, as more applications use it, Dfinity is ostensibly designed to scale automatically. Dfinity’s lead backers include Andreessen Horowitz and Polychain Capital. It deployed $200 million in May 2021 to bring developers onto the network. The platform also pushed forward integrations with Ethereum and Bitcoin.

Meanwhile, Meta hasn’t been seeing much of an uptrend. It declared a decline in daily active users in Q4 of 2021 and just a single-digit revenue growth. But the social media company bounced back last week with an earnings update that exceeded Wall Street expectations. But 2022, has so far, been a tough year for Meta. As such, it is keen on the metaverse and Web3 projects.