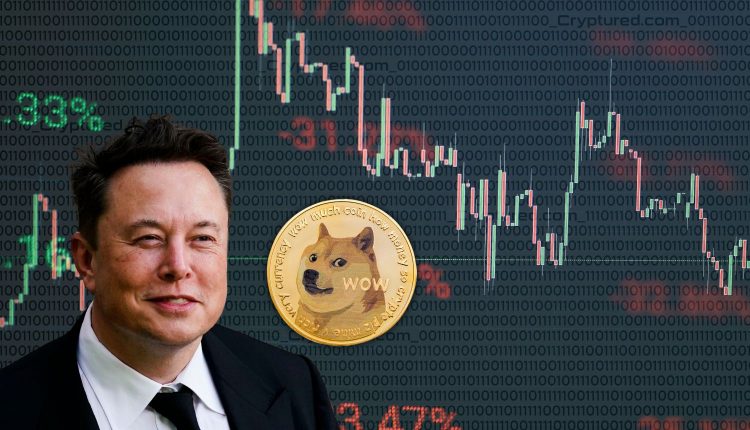 Dogecoin Down 4% Following Elon Musk’s Twitter Poll on Stepping Down As CEO.

Dogecoin is seeing a downtrend after Elon Musk’s latest Twitter Poll asking if he should step down as the head of the micro-blogging platform. The popular meme coin is down by 3.62% in the last 24 hours. Bears have been aggressively pushing DOGE down.

Should I step down as head of Twitter? I will abide by the results of this poll.

Dogecoin’s price fell to extreme lows during the past two weeks as the bears took control of the market. At the time of writing this article, DOGE was trading at $0.07485. The price drop has been on for the past couple of hours. It lost 5.43% of its value and the trend is even lower today. According to the charts, the 4-hour DOGE price shows that it touched the high of $0.07959 and lows of $0.07461. The downtrend is likely to continue given the market’s present high level of selling pressure.

Moreover, the Relative Strength Index for the meme coin is at 32.25. This indicates that the market is oversold and there might be a price rebound in the market soon. As for the MACD indicator, its currently in the bearish zone as the signal line is above the MACD line. Touted as the common man’s cryptocurrency, Dogecoin had been leveraging on Elon Musk’s tweets. Following Musk’s acquisition of Twitter, DOGE reached the highs of $0.14 but has since then lost all its gains. The token had hit an all-time high of $0.73 in May 2021.

Solana Sees Slight Uptrend But Bears Continue to Have Stronghold.