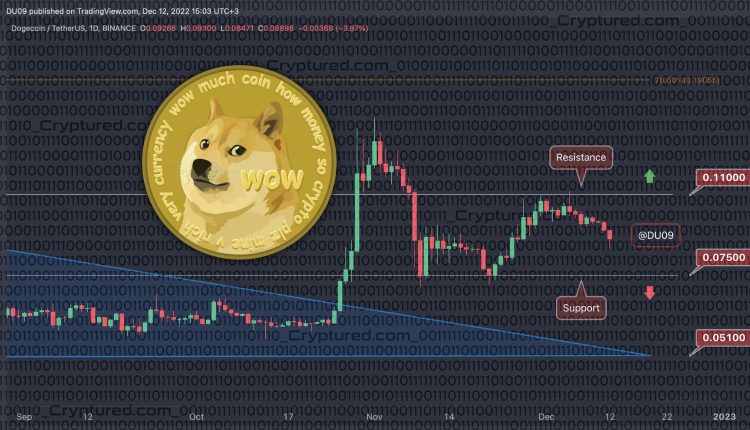 Dogecoin Price On Down Hill Roll Over Potential Changes to its PoW Consensus.

Dogecoin has recorded a price drop in recent days amid speculation over potential changes to the energy-intensive proof-of-work (PoW) model that currently powers it. The meme coin was trading at $0.06829 at the time of writing this article as per data from CoinMarketCap. DOGE was down by 3.15% in the last 24 hours and lost nearly 12% of its value in the past week.

There are rumors that Dogecoin will undergo a transition to a more energy-efficient proof-of-stake (PoS), similar to what Ethereum underwent in September. But one of the core developers with Dogecoin has denied the transition. Michi Lumin, a principal engineer at Dogecoin Foundation, said those who had tweeted about the meme coin and potential changes do not have the inside information on what’s going on with Dogecoin. However, he said there is a plan to provide a proposal to the community regarding a potential proof-of-stake transition. Lumin added the approach would be different from traditional PoS in many ways.

The developer believes it’s impossible to enforce this type of shift without first having the approval of the majority of Dogecoin’s node validators. Lumin said Dogecoin Foundation could not unilaterally force such a move. Meanwhile, the popular meme coin is the second largest PoW cryptocurrency with a market cap of $9.3 billion. It is down 61% over the past 12 months. But data suggests that DOGE performed better than some notable cryptocurrencies throughout 2022. The meme coin even outperformed Bitcoin in terms of retaining value.